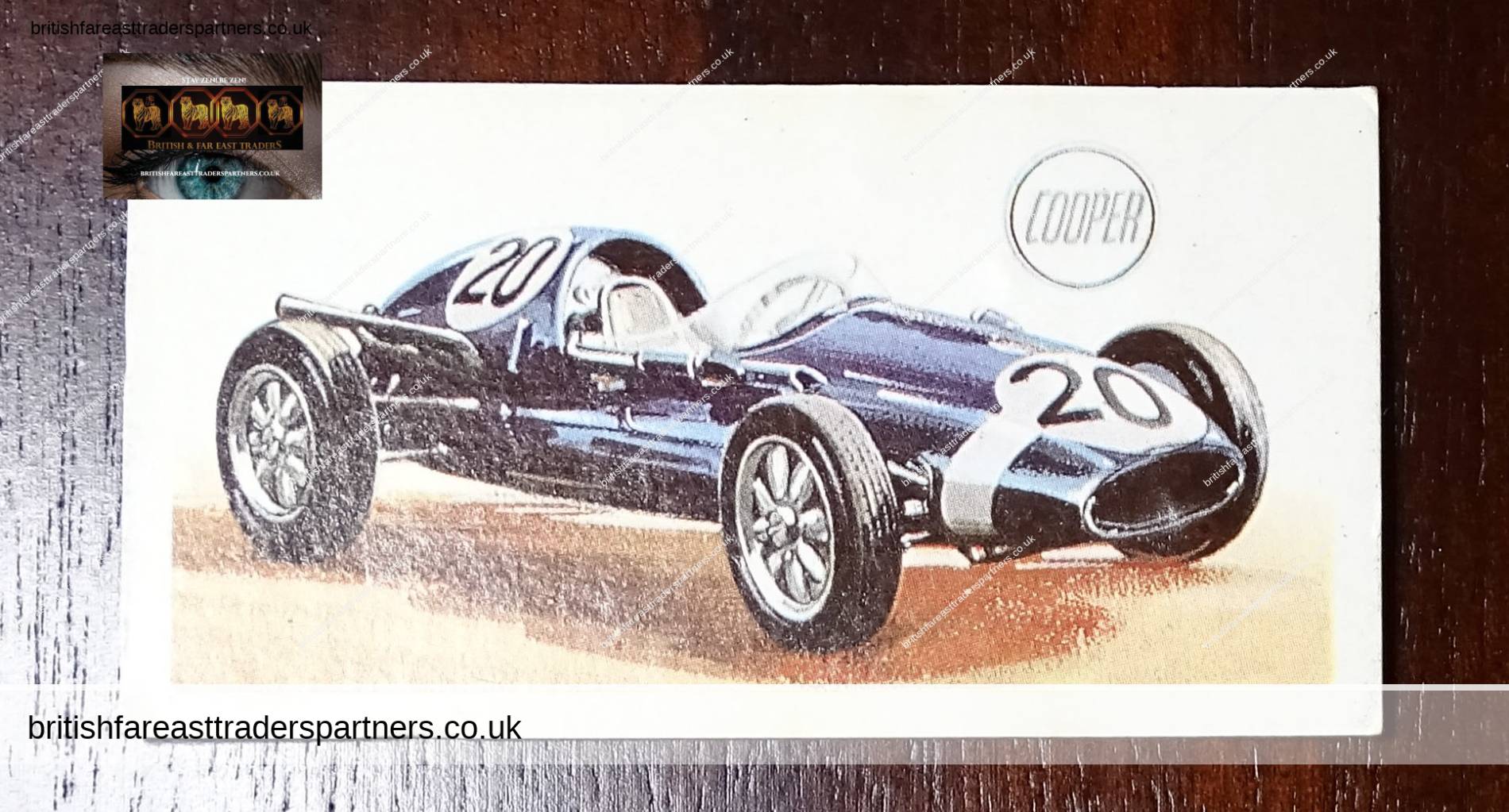 HISTORY OF THE MOTOR CAR:

John Cooper (b.1923) with his father Charles
had built very successful little 500 c.c racing cars
immediately after the war,
with rear mounted motorcycle engines.
After building front engined Formula 2 (voiturette) Bristol-engined cars,
they entered the Grand Prix field with this basically
Formula 2 Coventry-Climax mid-engined car
under the sponsorship of Rob Walker,
and with its low weight and small frontal area
it beat the larger 2 1/2 litre front engined cars early in 1958
in the Argentine and Monaco Grand Prixs.
Within 3 years the Cooper layout
with the engine behind the driver
was universal in Grand Prix racing. 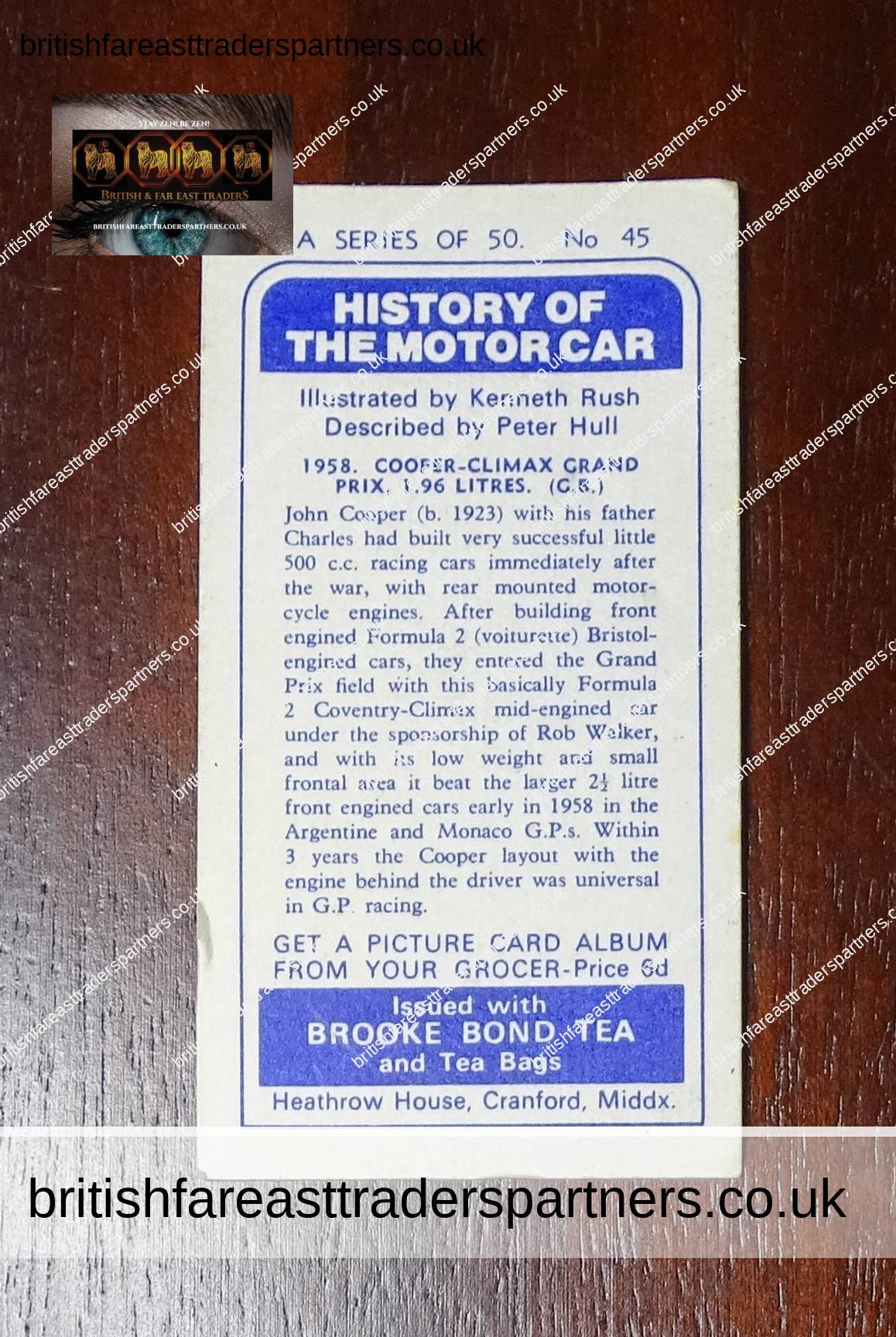 DISCOVERING OUR COAST: THE ISLES OF SCILLY : BROOKE BOND OXO LTD CARD 34 OF 50

WE LOVE HISTORY! THE HISTORY OF AVON PERFUMES…