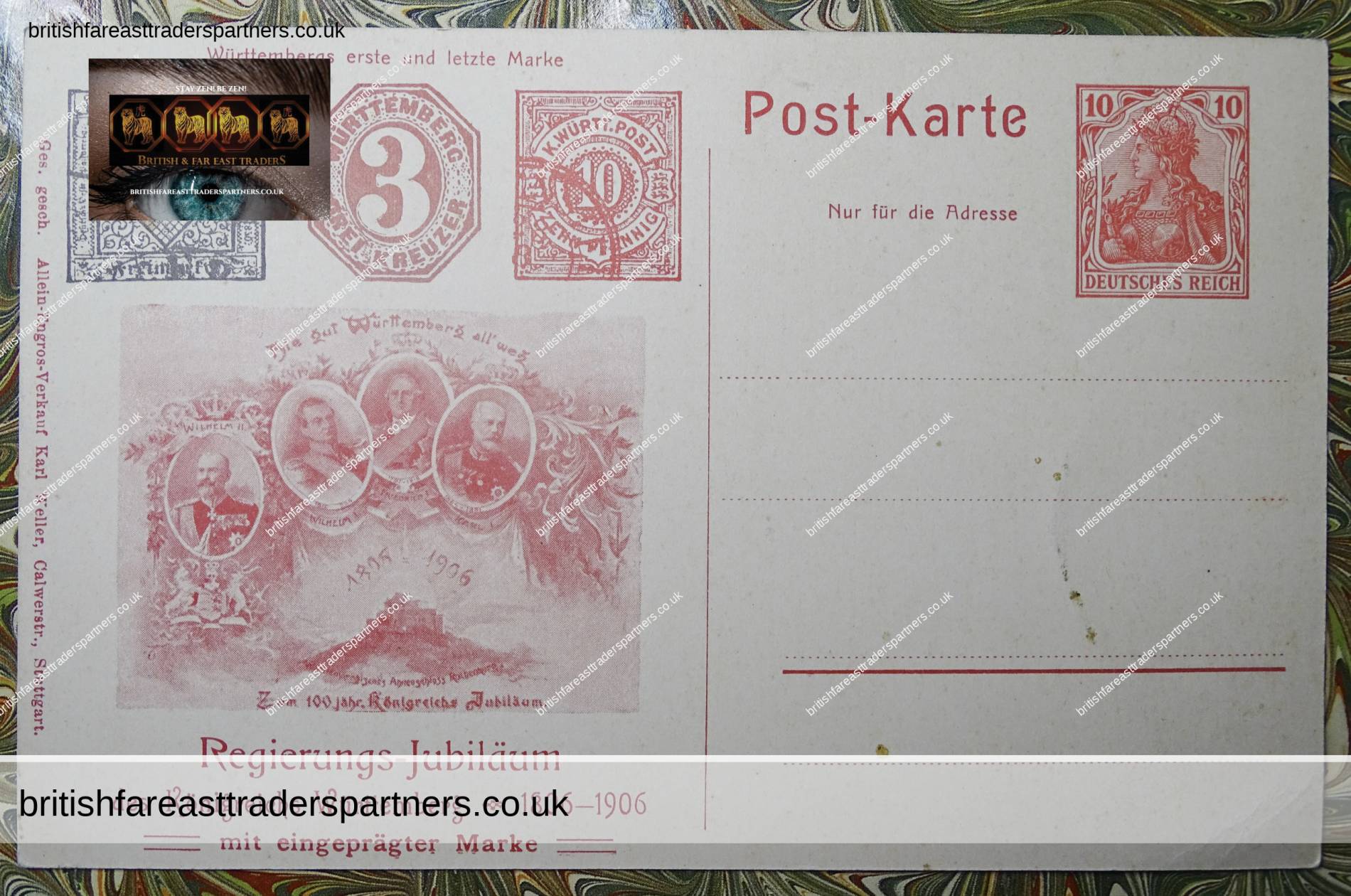 DETAILS:
This POSTCARD
celebrates the 100 Years
of GOVERNMENT
of the KINGDOM of WURTTEMBERG
GERMANY.
CONDITION:
This was never USED.
In DECENT Condition for Age.

The Kingdom of Württemberg

located within the area that is now Baden-Württemberg.

The kingdom was a continuation of the Duchy of Württemberg,

Prior to 1495, Württemberg was a county in the former Duchy of Swabia,

which had dissolved after the death of Duke Conradin in 1268.

The borders of the Kingdom of Württemberg,

The kingdom had borders with Bavaria on the east and south,

with Baden in the north, west, and south.

The southern part surrounded the Prussian province of Hohenzollern

on most of its sides and touched on Lake Constance. 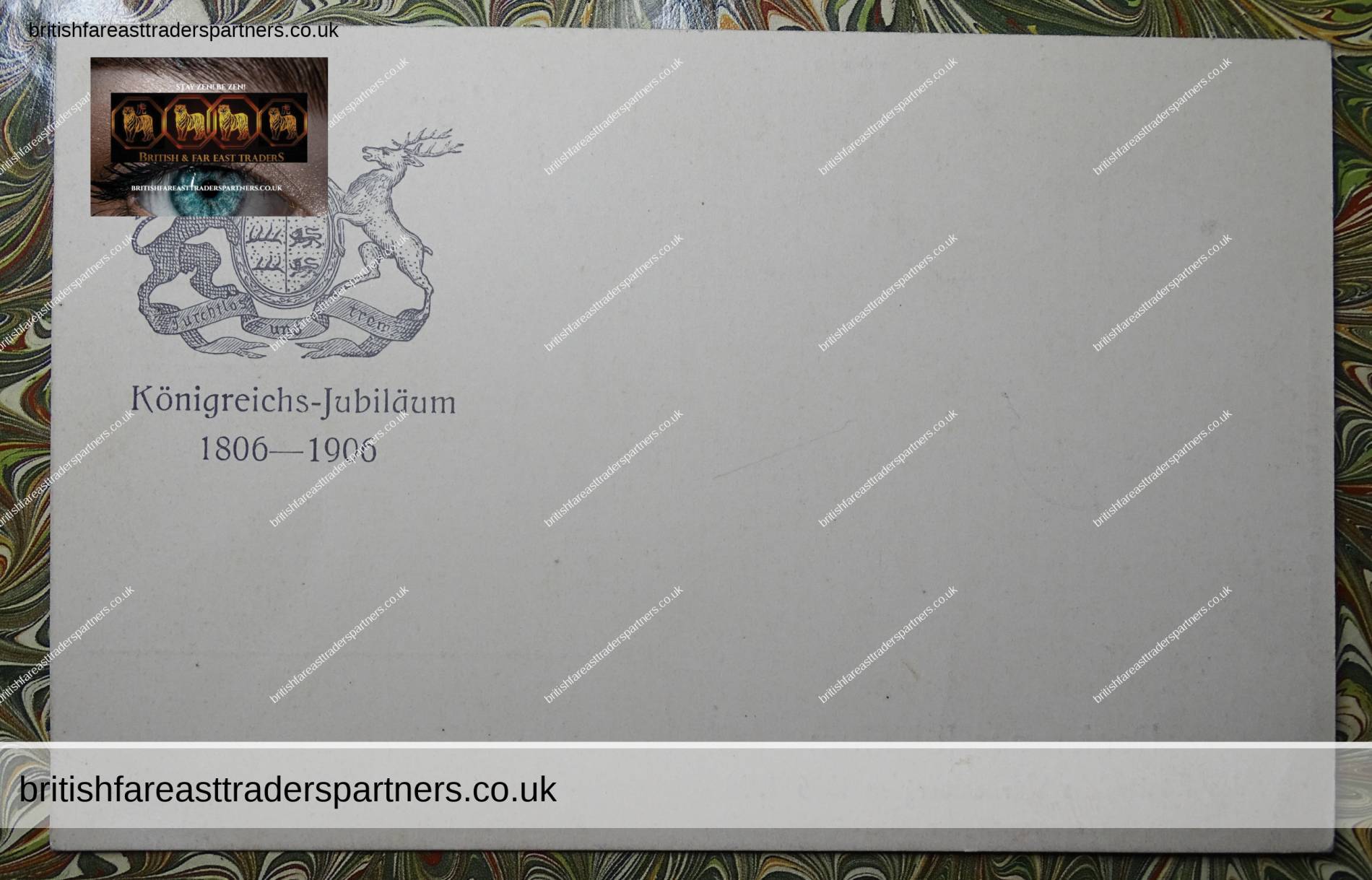 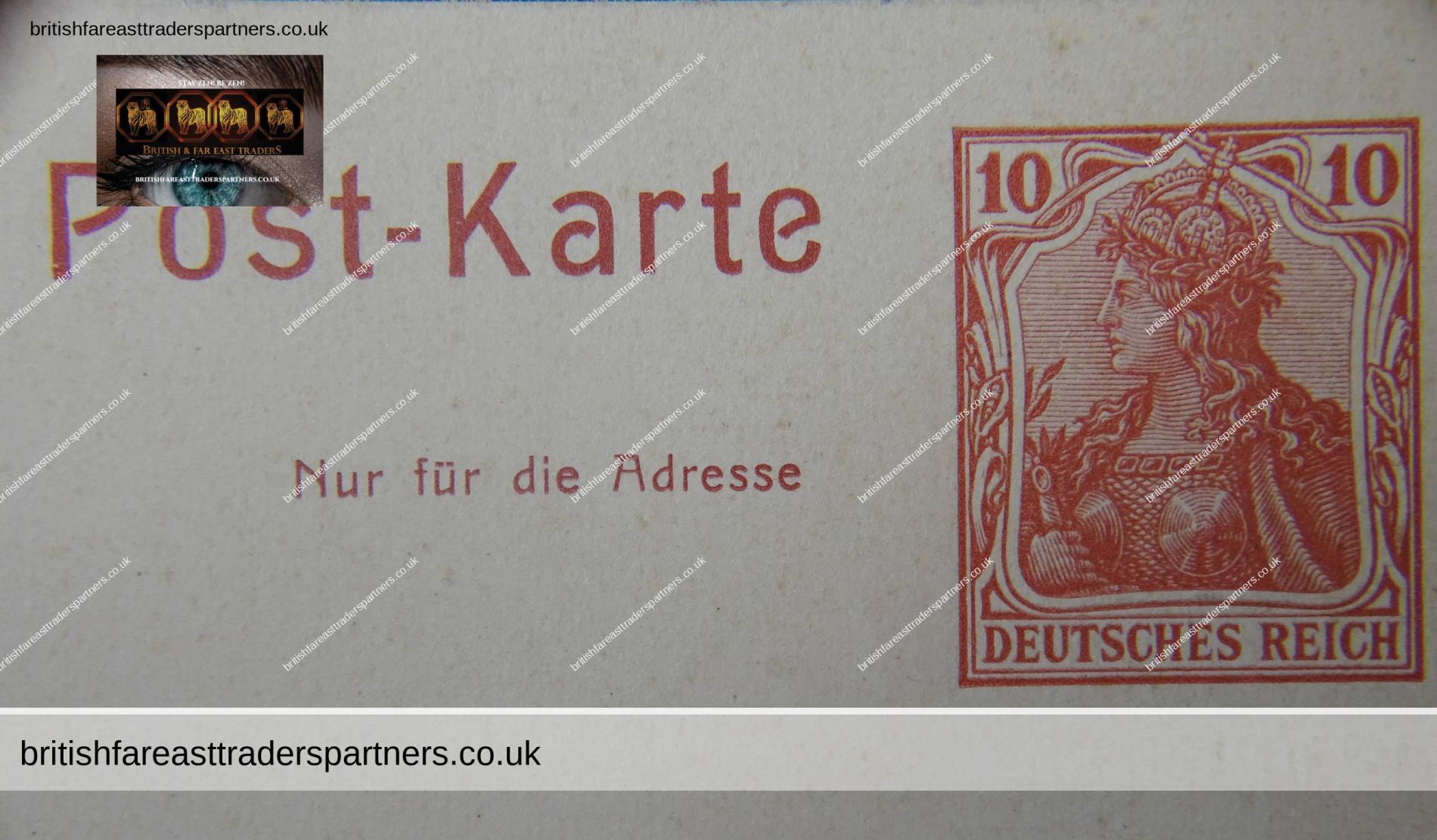 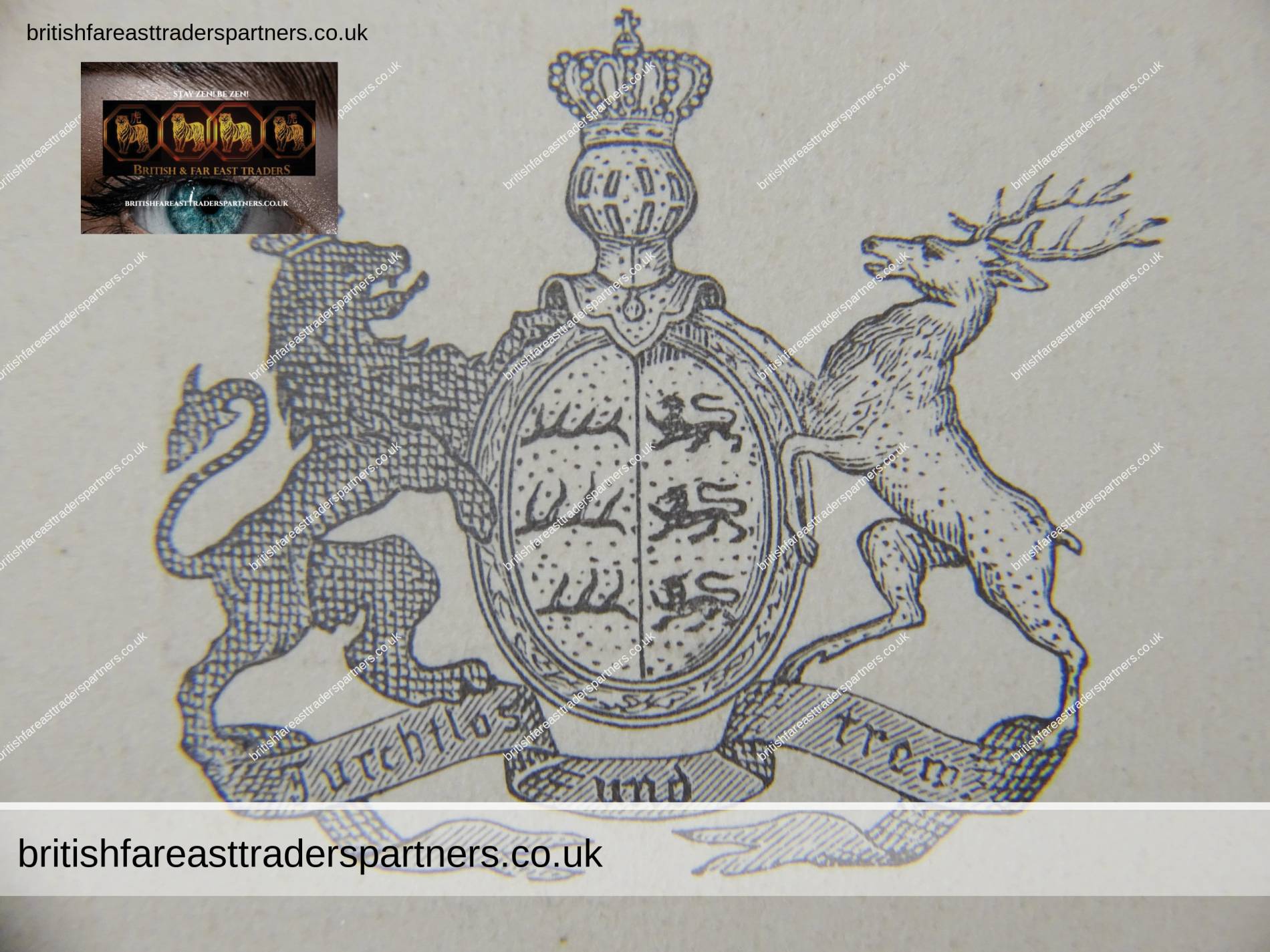