" ANTIQUE 1920 “A FASHION REVIEW: ASCOT IN ALL IT’S GLORY” Illustrated London News | British & Far East Traders Lifestyle & Shopping Blog
Skip to content
Mon. Jun 27th, 2022
AFFILIATE DISCLOSURE NOTICE: DEAR ONLINE VISITOR, Some links on this PAGE are AFFILIATE LINKS which means that, if you choose to make a purchase, WE may earn a small commission at no extra cost to you. WE greatly appreciate your support! BRITISH & FAR EAST TRADERS 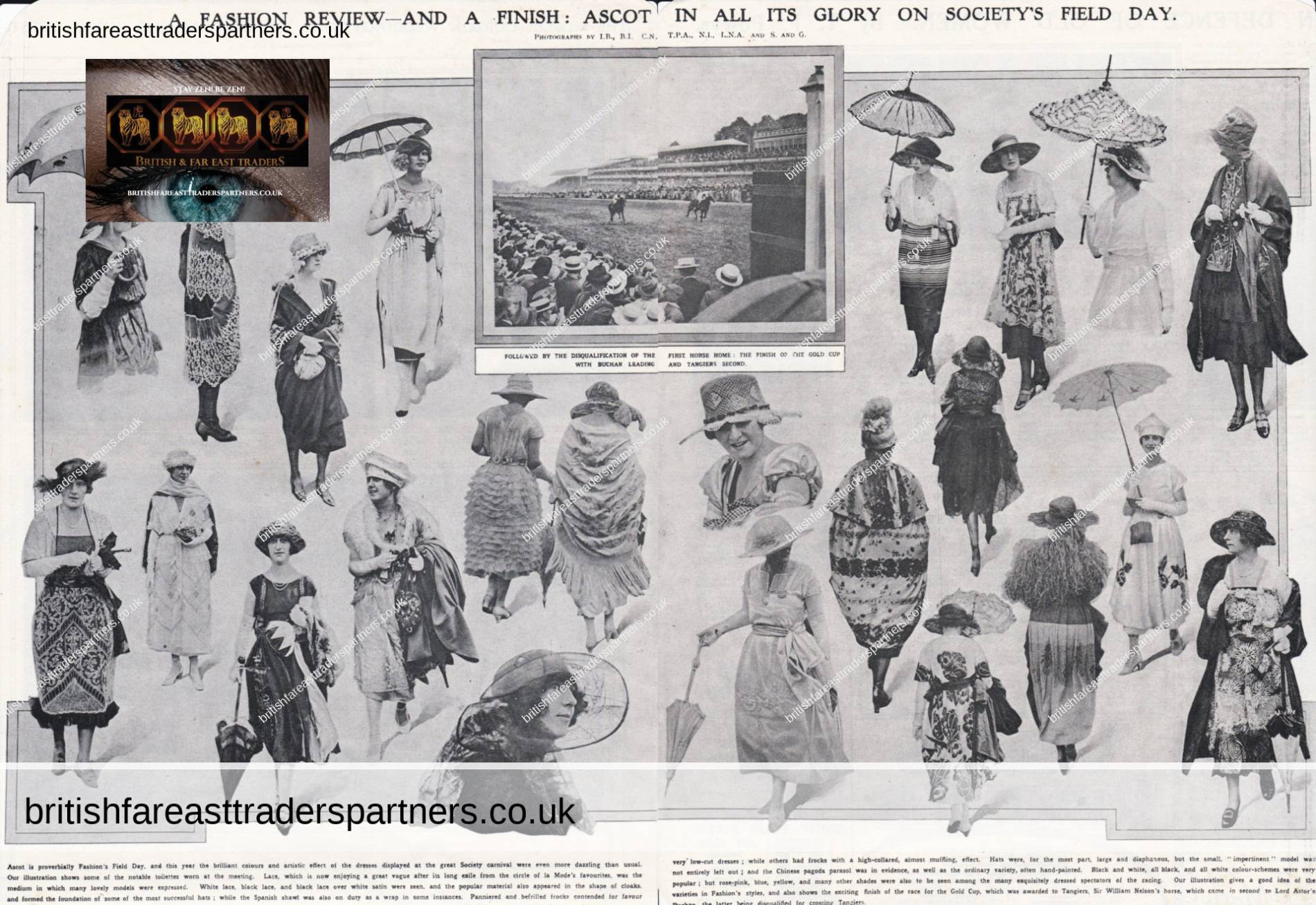 ANTIQUE “A FASHION REVIEW: – AND A FINISH:

ASCOT IN ALL IT’S GLORY ON SOCIETY’S FIELD DAY”

Ascot is proverbially Fashion’s Field Day,
and this year the brilliant colours and artistic effect of the dress displayed
at the great Society carnival were even more dazzling than usual.
Our illustrations shows some of the notable toilettes worn at the meeting.
Lace, which is now enjoying a great vogue after its long exile
from the circle of la Mode’s favourites,
was the medium in which many lovely models were expressed.
White lace, black lace, and black lace over white satin were seen,
and the popular material also appeared in the shape of cloaks,
and formed the foundation of some of the most successful hats;
while the Spanish shawl was also on duty
as a wrap in some instances.
Panniered and befrilled frocks contended for favour against straight, slim models,
and there were an equal number of each to be seen.
Lingerie dresses were also popular,
and it was noticeable that some of the best-turned-out women
wore very low-cut dresses;
while others had frocks with a high-collared,
almost muffling effect.
Hats were, for the most part, large and diaphanous,
but the small, “impertinent” model not entirely left out;
and the Chinese pagoda parasol was in evidence,
as well as the ordinary variety, often hand-painted.
Black and white, all black, and all white colour-schemes were popular;
but rose-pink, blue, yellow, and many other shades
were also to be seen among the exquisitely dressed spectators of the racing.
Our illustration gives a good idea of varieties in Fashion’s styles,
and also shows the exciting finish of the race for the Gold Cup,
which was awarded to Tangiers, Sir William Nelson’s horse,
which came in second to Lord Astor’s Buchan,
the latter being disqualified for crossing Tangiers.
AVAILABLE HERE 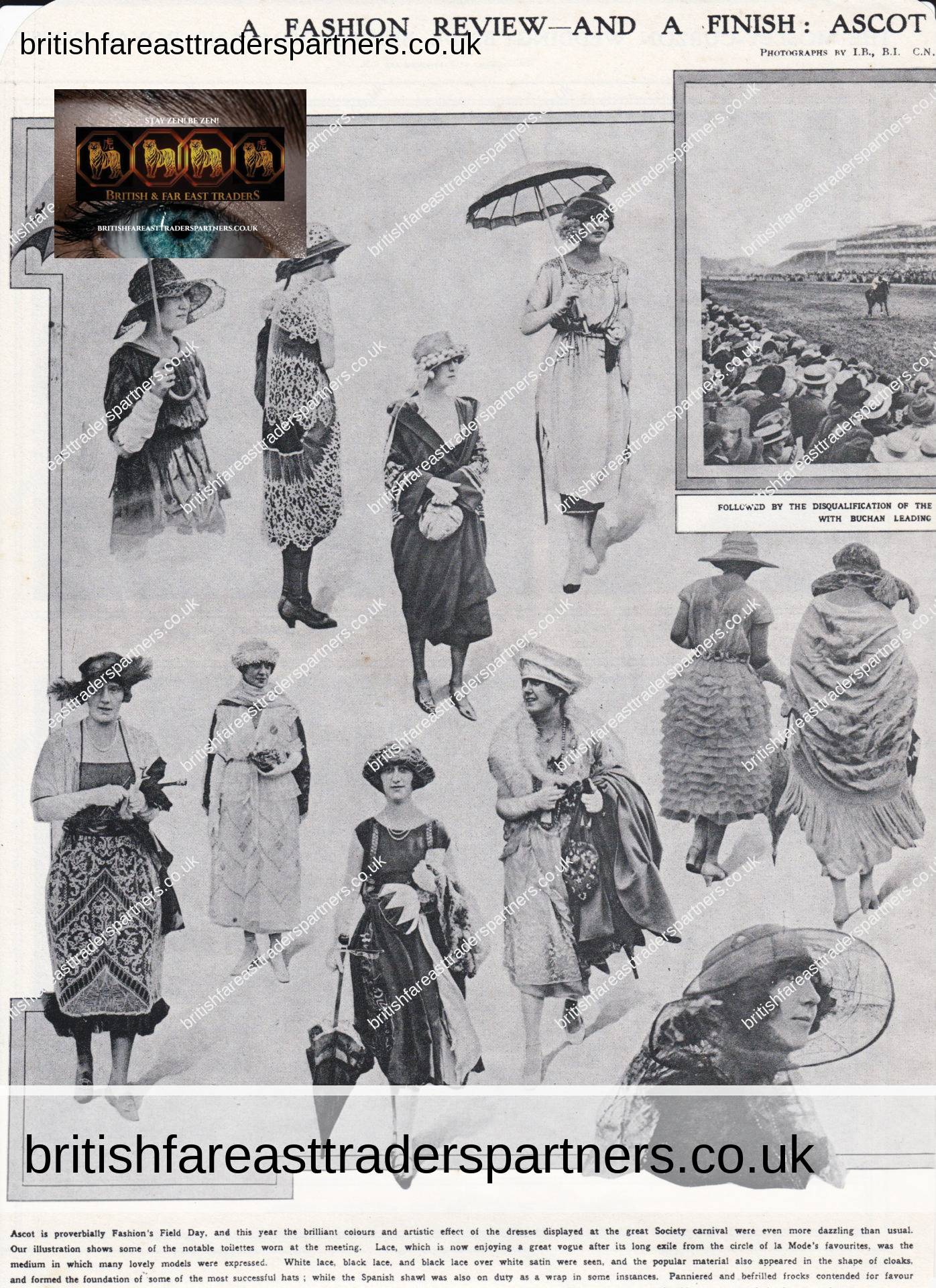 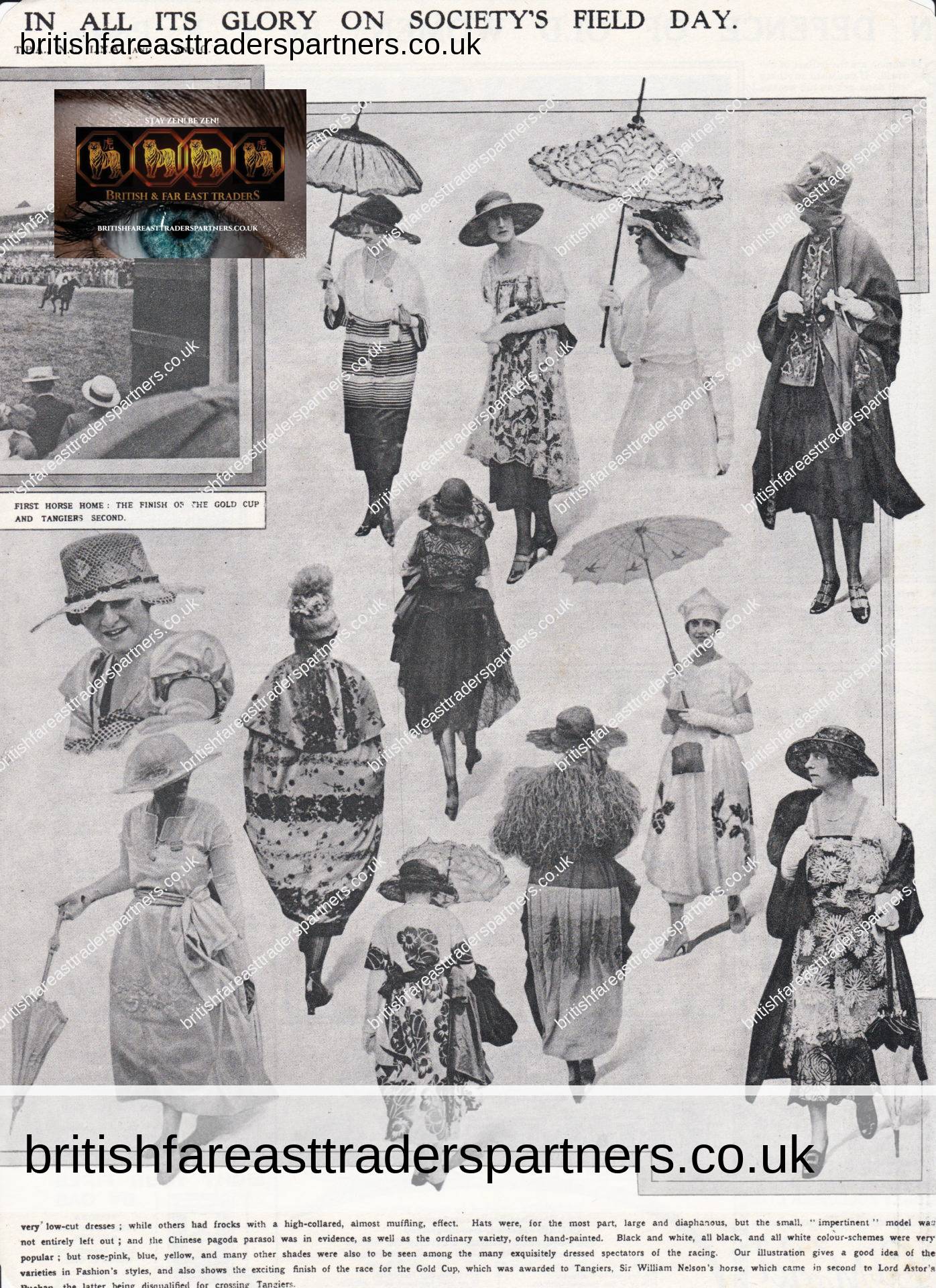