" ANTIQUE 1920 “THE LATE EMPRESS EUGENIE” Illustrated London News ARTICLE | British & Far East Traders Lifestyle & Shopping Blog
Skip to content
Tue. Aug 16th, 2022
AFFILIATE DISCLOSURE NOTICE: DEAR ONLINE GUEST, Some links on our WEBSITE are AFFILIATE LINKS which means that, if you choose to make a purchase, WE may earn a small commission at no extra cost to you. WE greatly appreciate your support! BRITISH & FAR EAST TRADERS! STAY ZEN! BE ZEN! 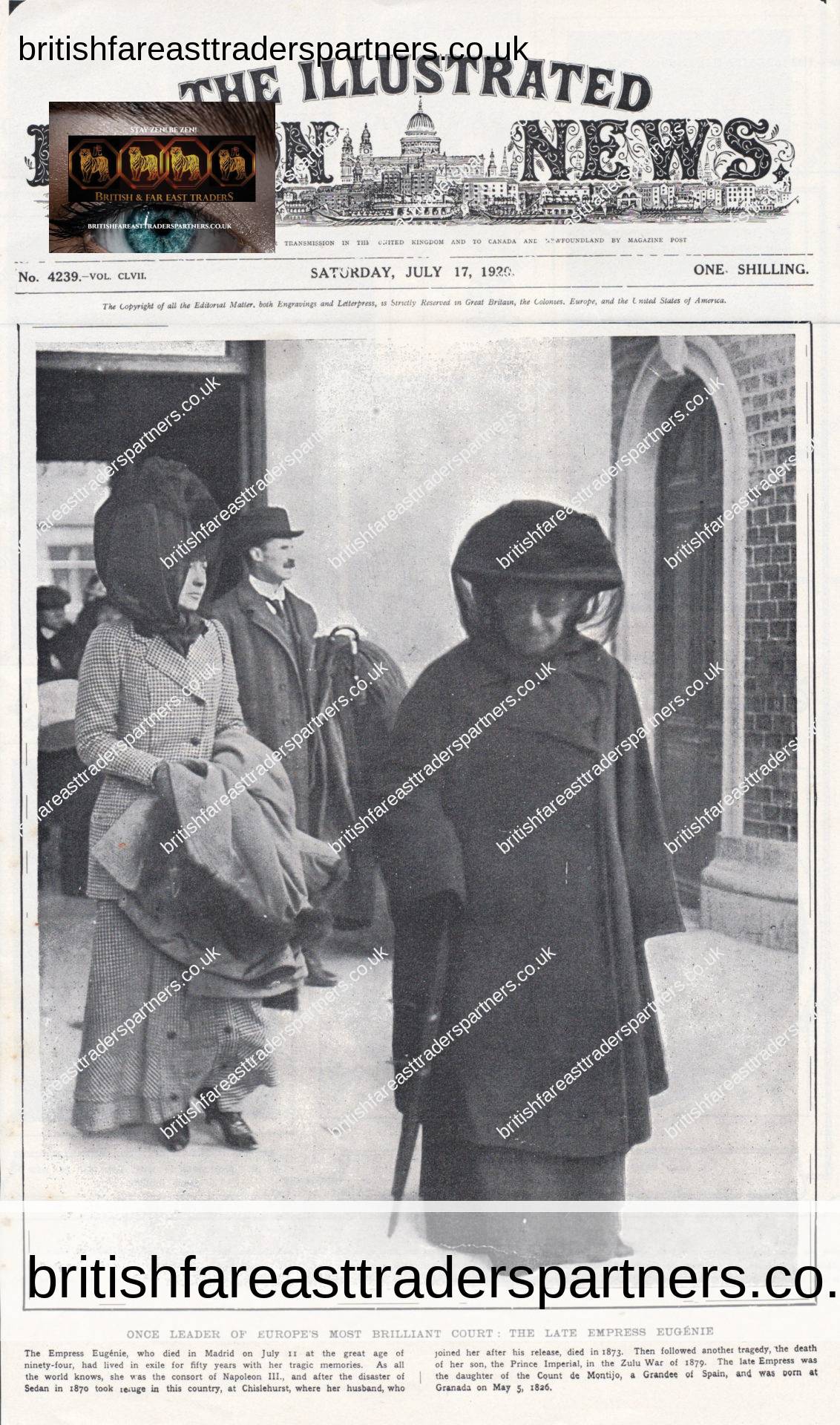 “ONCE LEADER OF EUROPE’S MOST BRILLIANT COURT:

DETAILS:
MEASUREMENTS:
Approx. 20 1/2 cm x 35 1/2 cm
PUBLISHER / PUBLICATION:
THE ILLUSTRATED LONDON NEWS
SATURDAY, JULY 17,1920
No. 4239 VOL. CLVII
REGISTERED AS A NEWSPAPER FOR TRANSMISSION
IN THE UNITED KINGDOM
AND TO CANADA AND NEWFOUNDLAND
BY MAGAZINE POST
TEXTS:
The Empress Eugenie, who died in Madrid on July 11
at the great age of ninety-four,
had lived in exile for fifty years with her tragic memories.
As all the world knows,
she was the consort of Napoleon III,
and after the disaster of Sedan in 1870 took refuge
in this country, at Chislehurst, where her husband,
who joined her after his release, died in 1873.
Then followed another tragedy, the death of her son,
the Prince Imperial, in the Zulu War of 1879.
The late Empress was the daughter of the Count de Montijo,
a Grandee of Spain,
and was born in Granada on May 5, 1826.
AVAILABLE HERE