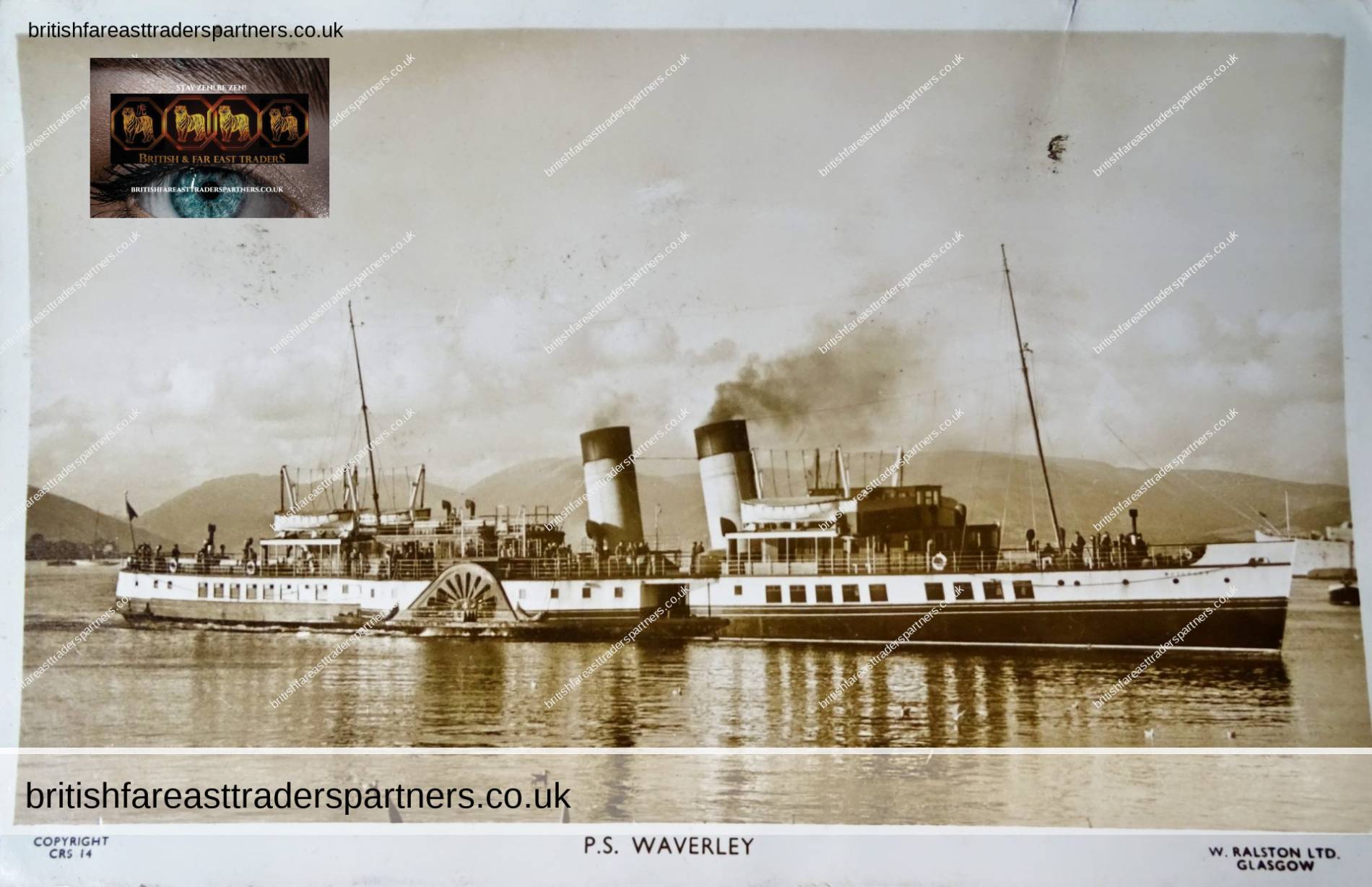 P.S. WAVERLEY
PADDLE STEAMER
NATIONAL HISTORIC SHIPS UK
OWNED BY THE
PADDLE STEAMER PRESERVATION SOCIETY (PSPS)
RALSTON SERIES POSTCARDS
W. RALSTON LTD. GLASGOW
Collectables > Transportation Collectables >
Nautical > Paddle Steamers
LIFESTYLE | HERITAGE | HISTORY
DETAILS:
MEASUREMENTS:
5 1/2 inches x 3 1/2 inches
ADDRESSEE:
Miss W A Stanley
C/O Royal George Hotel
Whitehead
Co. Antrim
Northern Ireland
BACKGROUND
PS Waverley is the last seagoing passenger-carrying paddle steamer in the world.
Built in 1946, she sailed from Craigendoran on the Firth of Clyde
to Arrochar on Loch Long until 1973.[3]
Bought by the Paddle Steamer Preservation Society (PSPS),
she has been restored to her 1947 appearance
and now operates passenger excursions around the British coast.[3]
Since 2003, Waverley has been listed in
the National Historic Fleet by
National Historic Ships UK as
“a vessel of pre-eminent national importance”.[4]
In 2019, Waverley was withdrawn from service due to boiler problems.[5]
An appeal was subsequently launched with a target of £2.3 million to recommission Waverley.
It was announced on 11 July 2019 that new boilers had been ordered from Cochran Ltd.[6]
Following the boiler replacement,
Waverley returned to sea on 13 August 2020 for sea-trials,
and resumed service for a short season starting on 22 August.[7]
This was cut short after she struck the pier at Brodick on 3 September, damaging her bow.[8]
The following year Waverley started operating from 29 June
but with limited passenger capacity due to the pandemic.[9]
The sailing season was described as a success,
with a total of 52,000 passenger journeys,
but shorter than normal as it only lasted until 19 September.[10]
A highlight for passengers and crew were the dolphins
that could frequently be spotted as they accompanied Waverley
on her sails up and down the Clyde.[11]
Source: Wikipedia
Text is available under the Creative Commons Attribution-ShareAlike License;
additional terms may apply.
AVAILABLE HERE 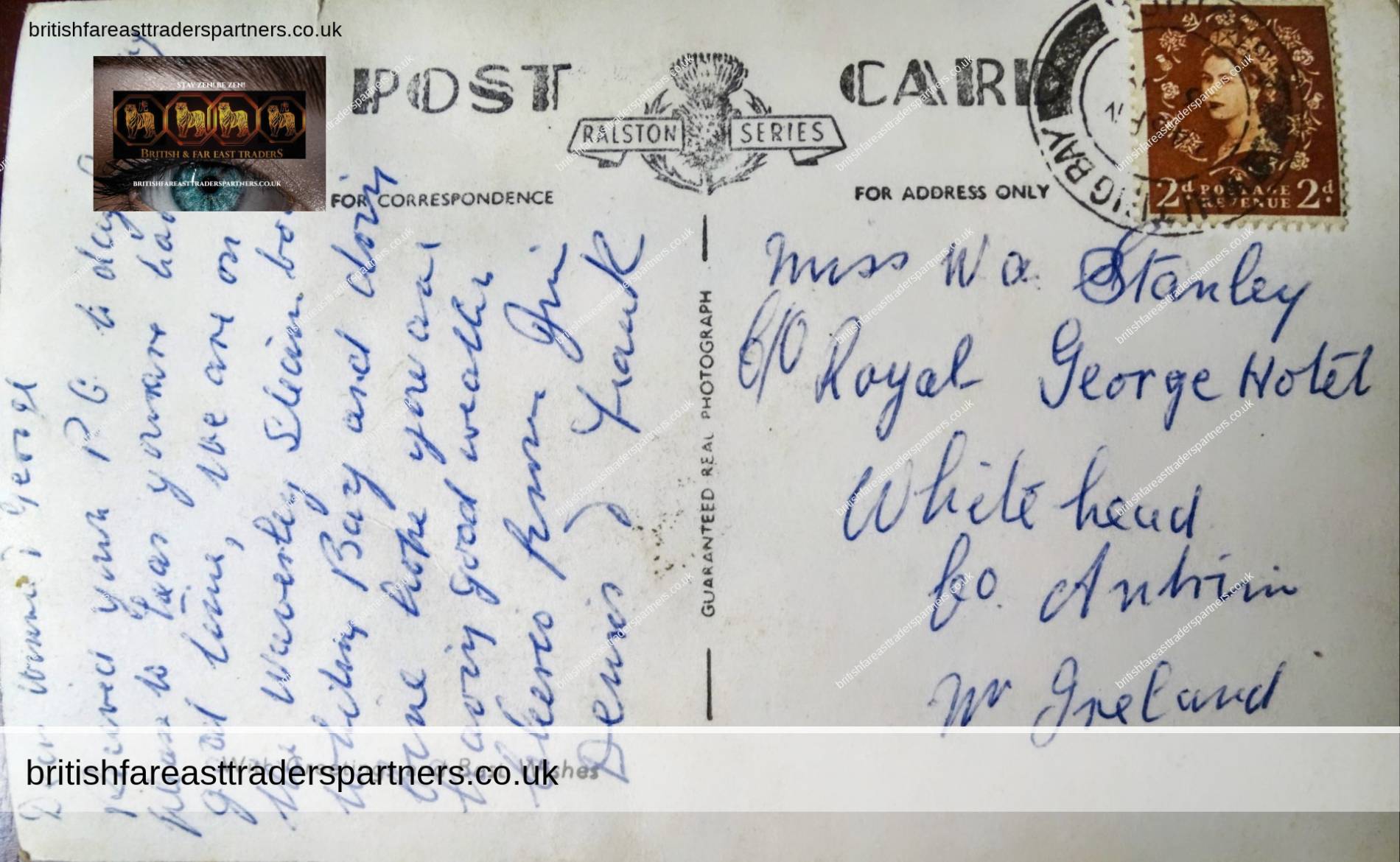