" THE HEAD OF THE RED ARMY FROM AN EXCLUSIVE PHOTOGRAPH TREMENDOUSLY POPULAR IN RUSSIA: TROTSKY, PEOPLE’S COMMISSAR FOR WAR THE ILLUSTRATED LONDON NEWS OCTOBER 23,1920 ANTIQUARIAN & COLLECTABLES ARTS | PRINTS HISTORY | MILITARIA SOCIETY PERSONALITIES | British & Far East Traders Lifestyle & Shopping Blog
Skip to content
Mon. Jun 27th, 2022
AFFILIATE DISCLOSURE NOTICE: DEAR ONLINE VISITOR, Some links on this PAGE are AFFILIATE LINKS which means that, if you choose to make a purchase, WE may earn a small commission at no extra cost to you. WE greatly appreciate your support! BRITISH & FAR EAST TRADERS 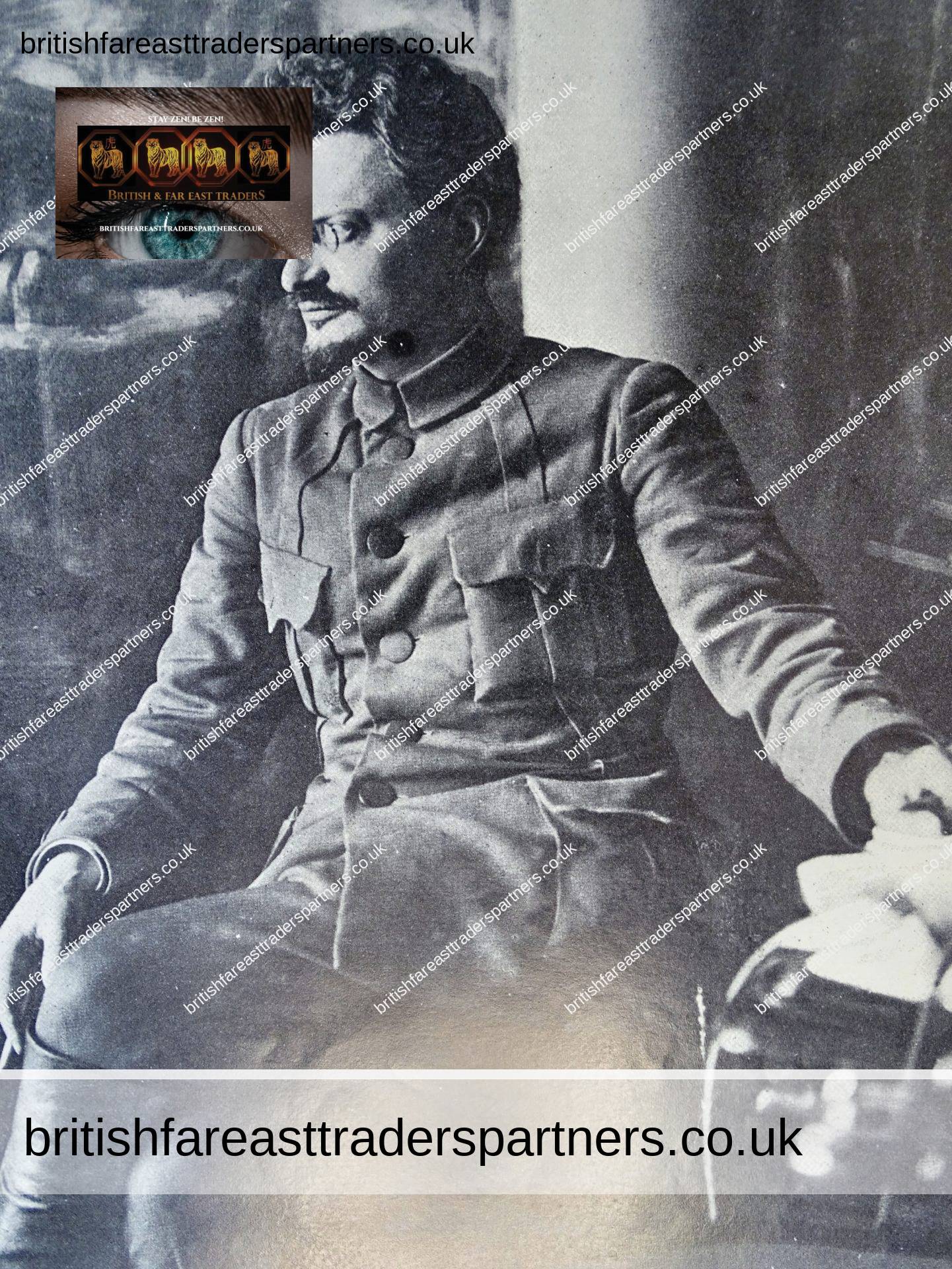 THE HEAD OF THE RED ARMY

FROM AN EXCLUSIVE PHOTOGRAPH

DETAILS:
MEASUREMENTS:
21.5 cm x 33 cm
“In the Grand Theatre at Moscow,”
writes Dr. Haden Guest in the “Times”,
“Trotsky came into our box,
and we had the opportunity of talking over the situation.
There is no doubt that Trotsky is tremendously popular:
when he appeared at the front of the box
at the beginning of the third act,
he received a great spontaneous ovation.
I had a little private talk with Trotsky about the Army…
The extent to which militarisation has gone in Russia
was in evidence everywhere…
The Army, which is one of the great pillars
and supports of the power of the Autocratic Council of Commissars,
is becoming welded into a great Army
with a tremendous reserve…
If a new Russian autocracy is to arise,
it will be on Napoleonic lines…
The Bolshevists’ great supports are the
gigantic secret police under Dzerjinsky,
and the great army under Trotsky…
Trotsky is the nominal head of the Transport Department,
but as he also holds the portfolio of War,
he has, in practice,
no time to devote to transport,
and all is done by Sverdlov.”
Trotsky was formerly a journalist by profession.
Spread the LOVE with BRITISH & FAR EAST TRADERS and PARTNERS
2
2
Shares
2
Shares
2