" VINTAGE “Exeter Royal Wedding Stamp Exhibition- 1981” WEDDING of DIANA & Charles | British & Far East Traders Lifestyle & Shopping Blog
Skip to content
Tue. Aug 16th, 2022
AFFILIATE DISCLOSURE NOTICE: DEAR ONLINE GUEST, Some links on our WEBSITE are AFFILIATE LINKS which means that, if you choose to make a purchase, WE may earn a small commission at no extra cost to you. WE greatly appreciate your support! BRITISH & FAR EAST TRADERS! STAY ZEN! BE ZEN! 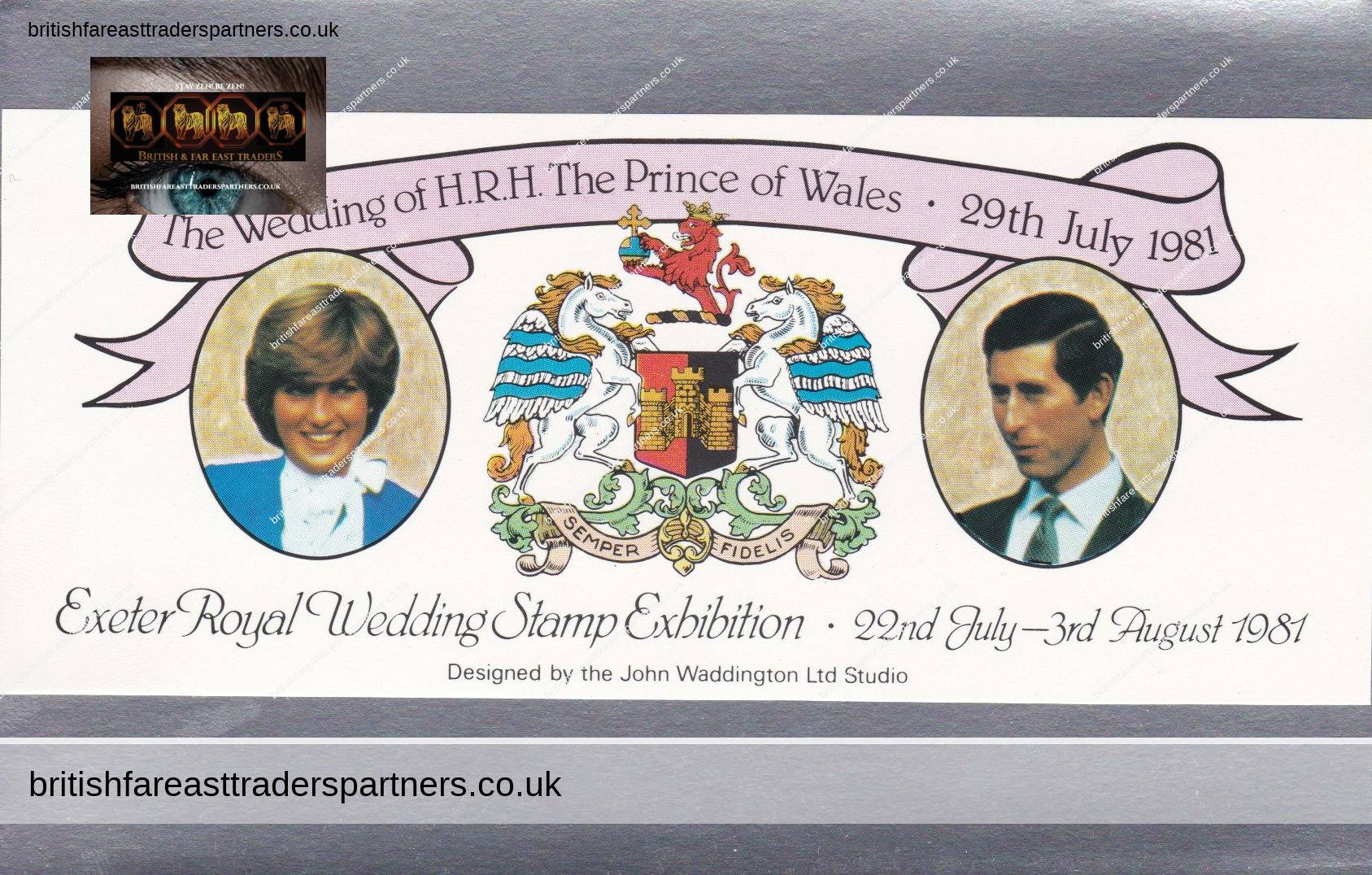 DETAILS:
MEASUREMENTS:
PAPER: 5 5/8 inches x 2 inches
CARD: 5 5/8 inches x 3 5/8 inches
PAPER
“The Wedding of H.R.H. The Prince of Wales. 29th July 1981
Exeter Royal Wedding Stamp Exhibition- 22nd July – 3rd August 1981
Designed by the John Waddington Ltd. Studio
CARD
EXETER : HISTORY AND FACTS
EXETER was first intensively occupied and constructed
in the years between A.D. 55-60
by a Roman Legion of 5,500 men.
A city wall -75% remaining- still stands.
The remains of the bath-house have been excavated
(now recovered with preservative sand)
and is widely accepted as being among
the most important Roman monuments in Britain.
The severance of Britain form the Roman Empire
in A.D. 410 led to a slight slump in the town’s progress.
It was not until the Normans moved in
that such landmarks as the Cathedral
(notable for excellent towers and superb interior),
and the commencement of the Guildhall took place.
During Tudor and Stuart England,
Exeter’s trade and accessibility to Elizabeth’s navy
made Exeter a truly flourishing city
which reached the peak of wealth to its relative size
early in the eighteenth century
when Exeter ranked in the top five of England’s wealthy towns.
A woollen recession after the French wars
fashioned a new future for Exeter
as a centre of health, education, administration and distribution
maintained to the present day.
Exeter is truly an historical and beautiful county town.
AVAILABLE HERE 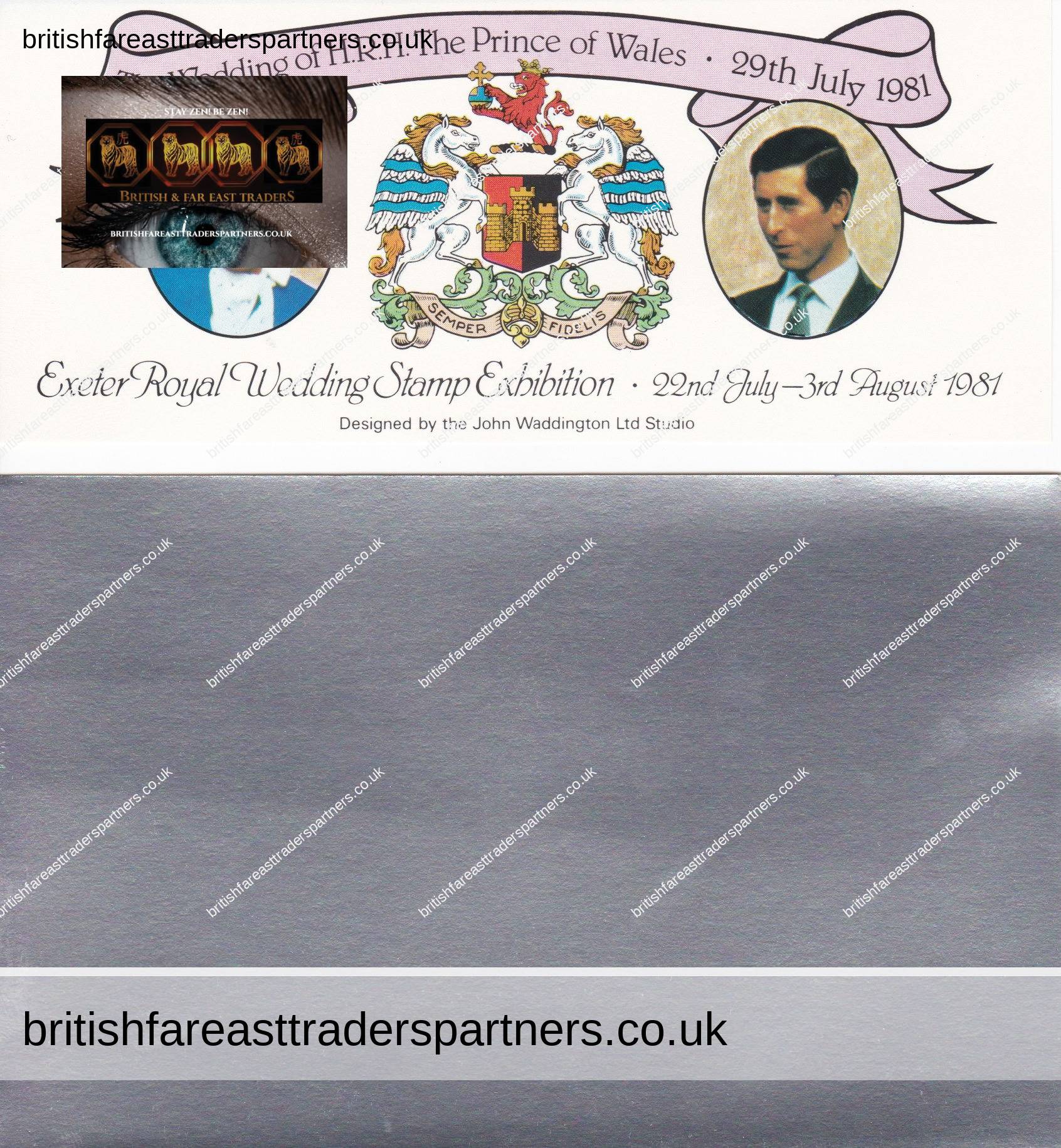 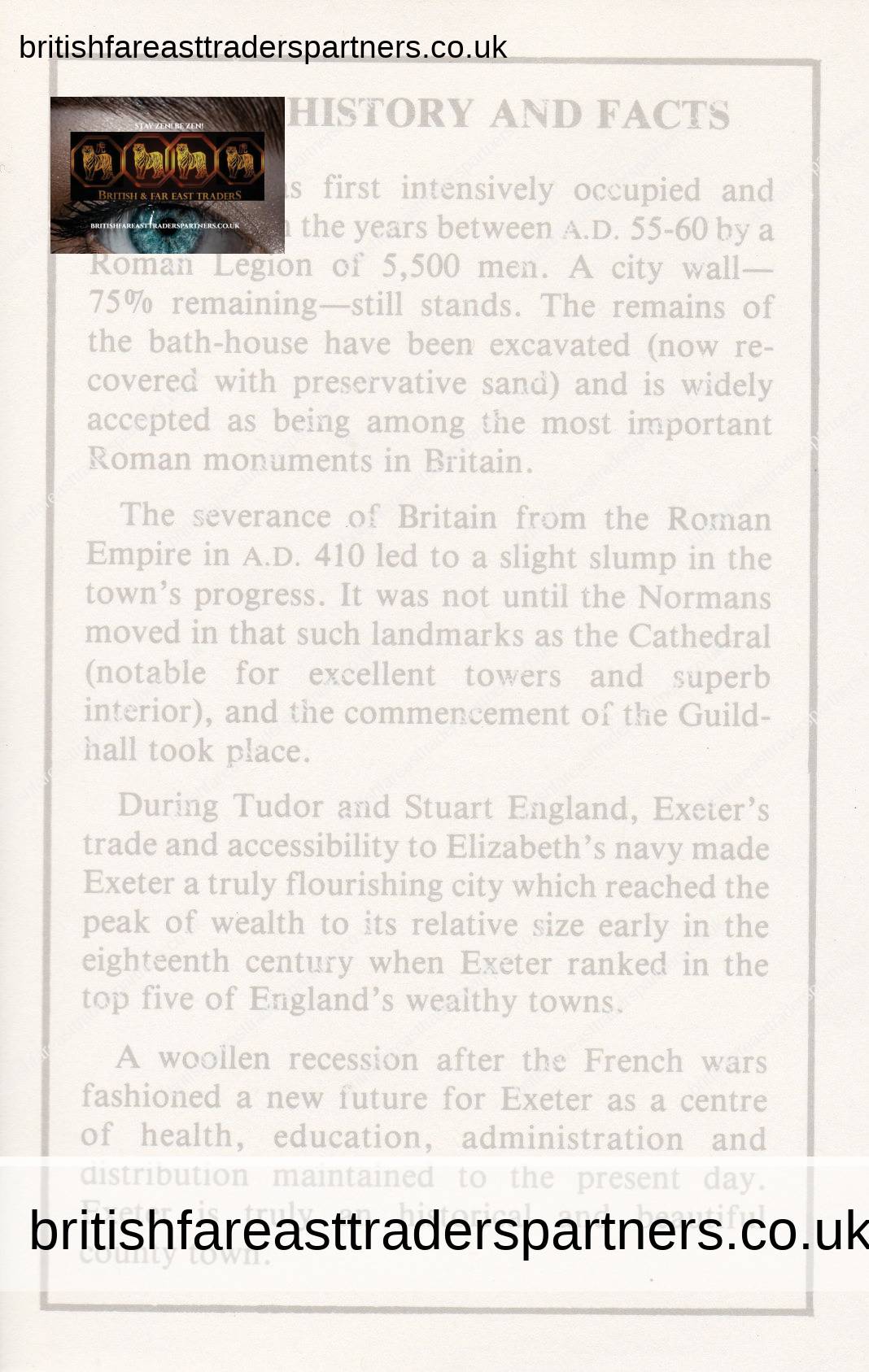