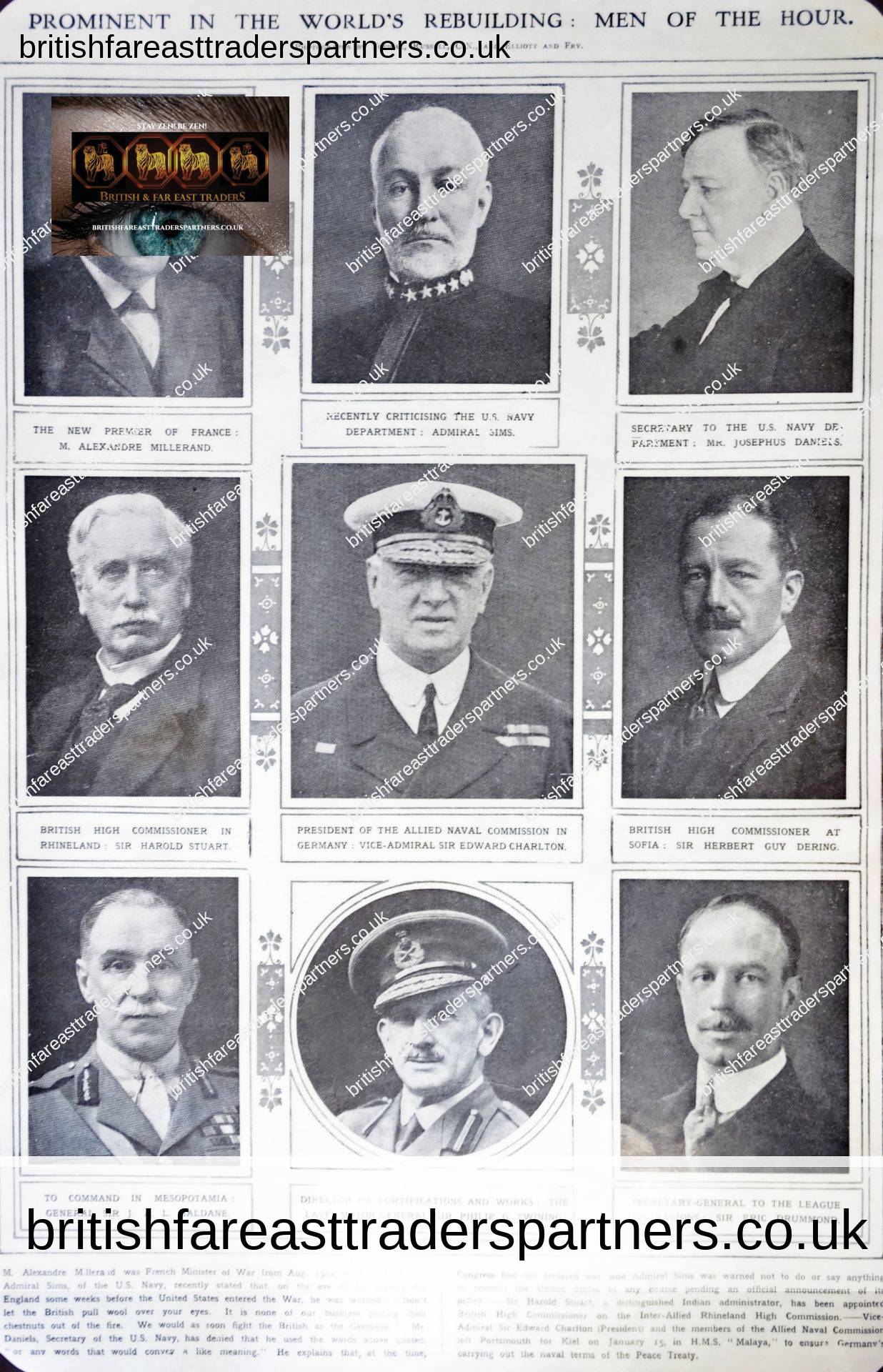 PROMINENT IN THE WORLD’S REBUILDING:

MEN OF THE HOUR

THE NEW PREMIER OF FRANCE:
M. ALEXANDRE MILLERAND
CRITICISING THE U.S. NAVY DEPARTMENT:
ADMIRAL SIMS
SECRETARY TO THE U.S. NAVY DEPARTMENT:
MR. JOSEPHUS DANIELS
BRITISH HIGH COMMISSIONER IN RHINELAND:
SIR HAROLD STUART
PRESIDENT OF THE ALLIED NAVAL COMMISSION IN GERMANY:
VICE-ADMIRAL SIR EDWARD CHARLTON
BRITISH HIGH COMMISSIONER AT SOFIA:
SIR HERBERT GUY DERING
TO COMMAND IN MESOPOTAMIA:
GENERAL SIR J. A. L. HALDANE
DIRECTOR OF FORTIFICATIONS AND WORKS:
THE LATE MAJOR-GENERAL SIR PHILIP G. TWINING
SECRETARY-GENERAL TO THE LEAGUE OF NATIONS:
SIR ERIC DRUMMOND
M. Alexandre Millerand was French Minister of War
from August 1914 to November 1915.
Admiral Sims, of the U.S. Navy, recently stated that
on the eve of his leaving for England some weeks
before the United States entered the War,
he was warned:
“Don’t let the British pull wool over your eyes.
It is none of our business pulling their chestnuts
out of the fire.
We would as soon fight the British as the Germans”.
Mr. Daniels,
Secretary of the U.S. Navy,
has denied that he used the words above quoted,
“or any words that would convey a like meaning”.
He explains that, at the time,
Congress had not declared war,
and Admiral Sims was warned not to do or say
anything to commit the United States
to any course pending an official announcement of its policy.
Sir Harold Stuart,
a distinguished Indian administrator,
has been appointed British High Commissioner,
on the Inter-Allied Rhineland High Commission.
Vice Admiral Sir Edward Charlton (President)
and the members of the Allied Naval Commission
left Portsmouth for Kiel
on January 15, in H.M.S. Malaya,
to ensure Germany’s carrying out
the naval terms of the Peace Treaty. 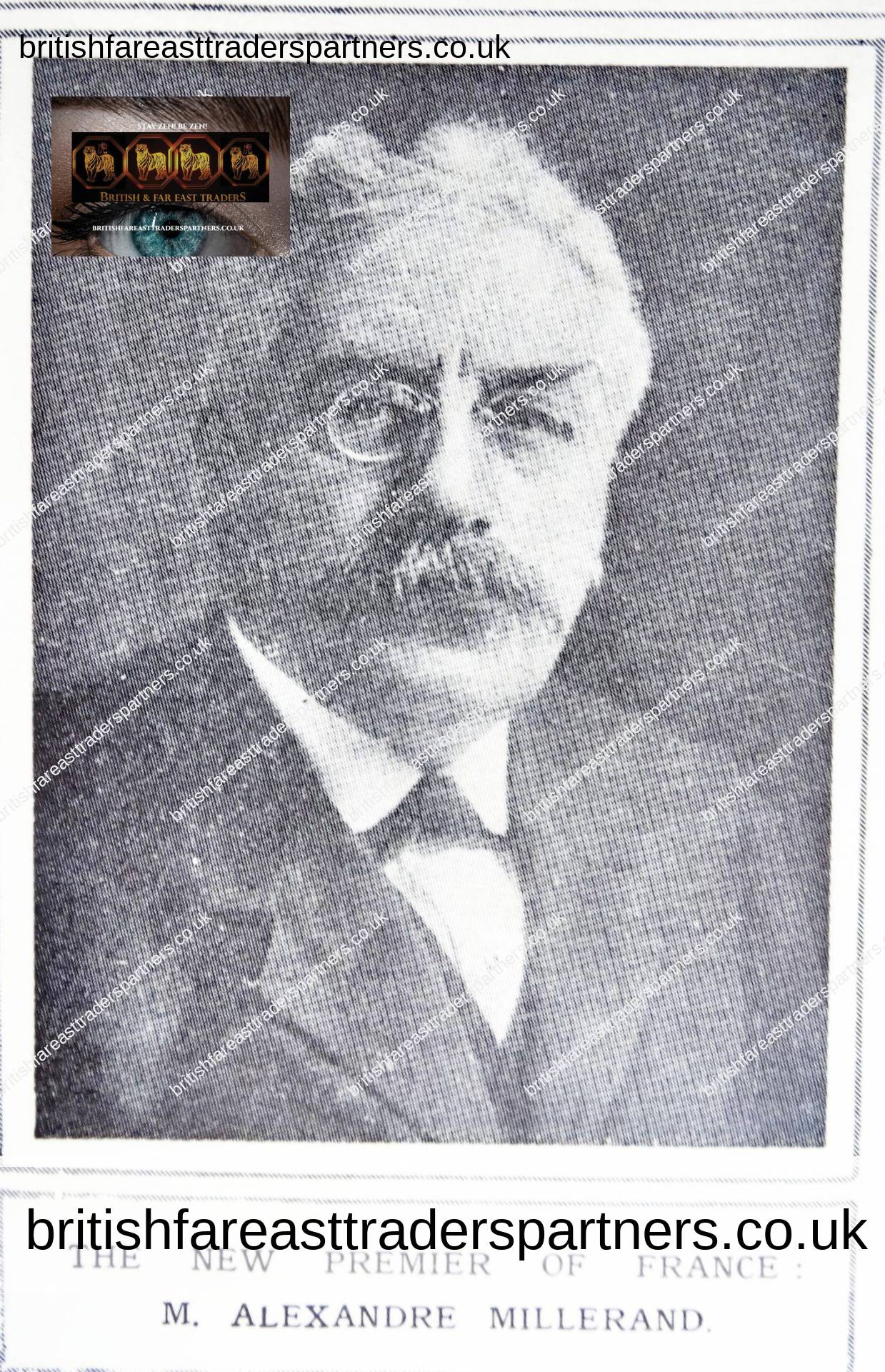 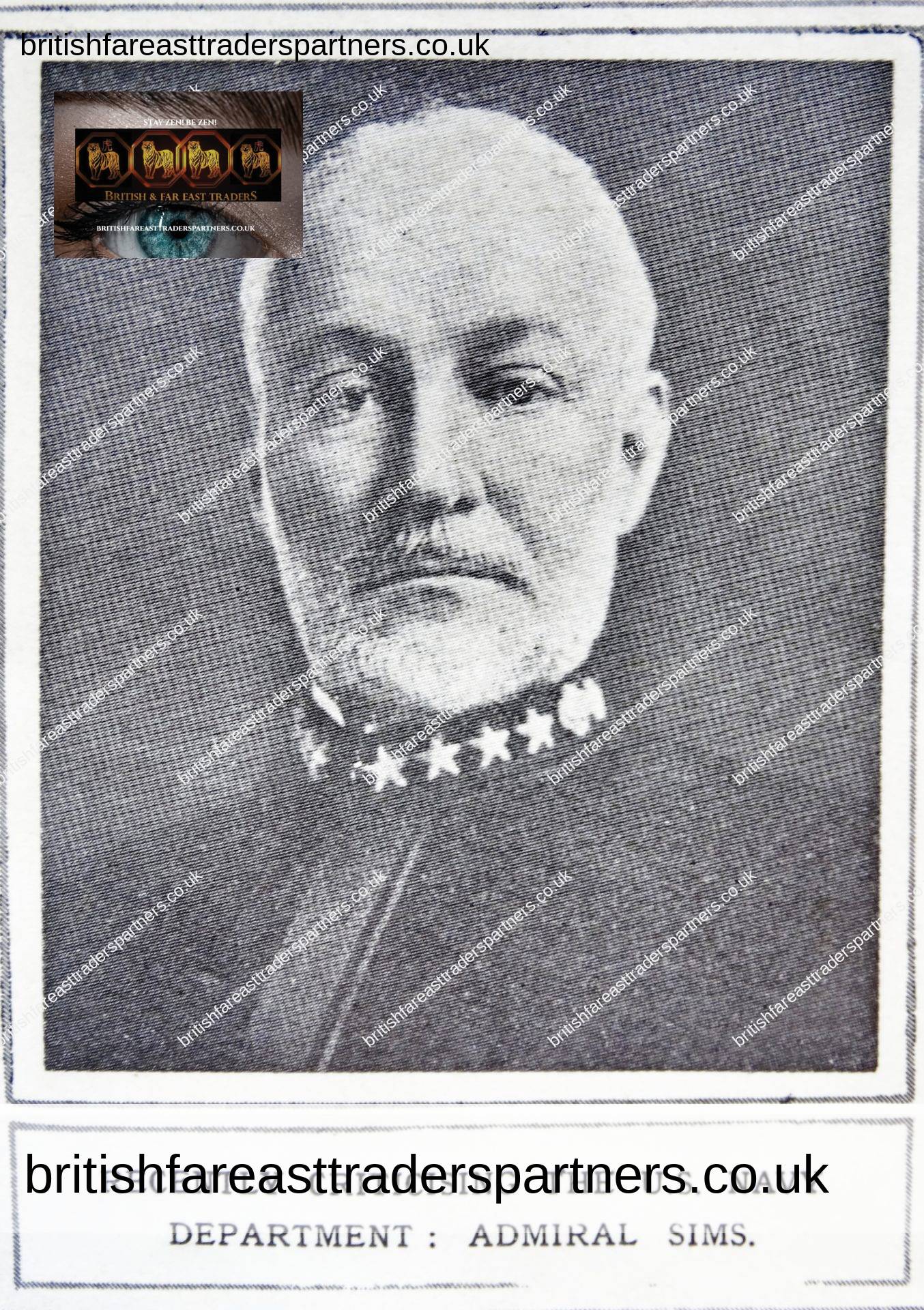 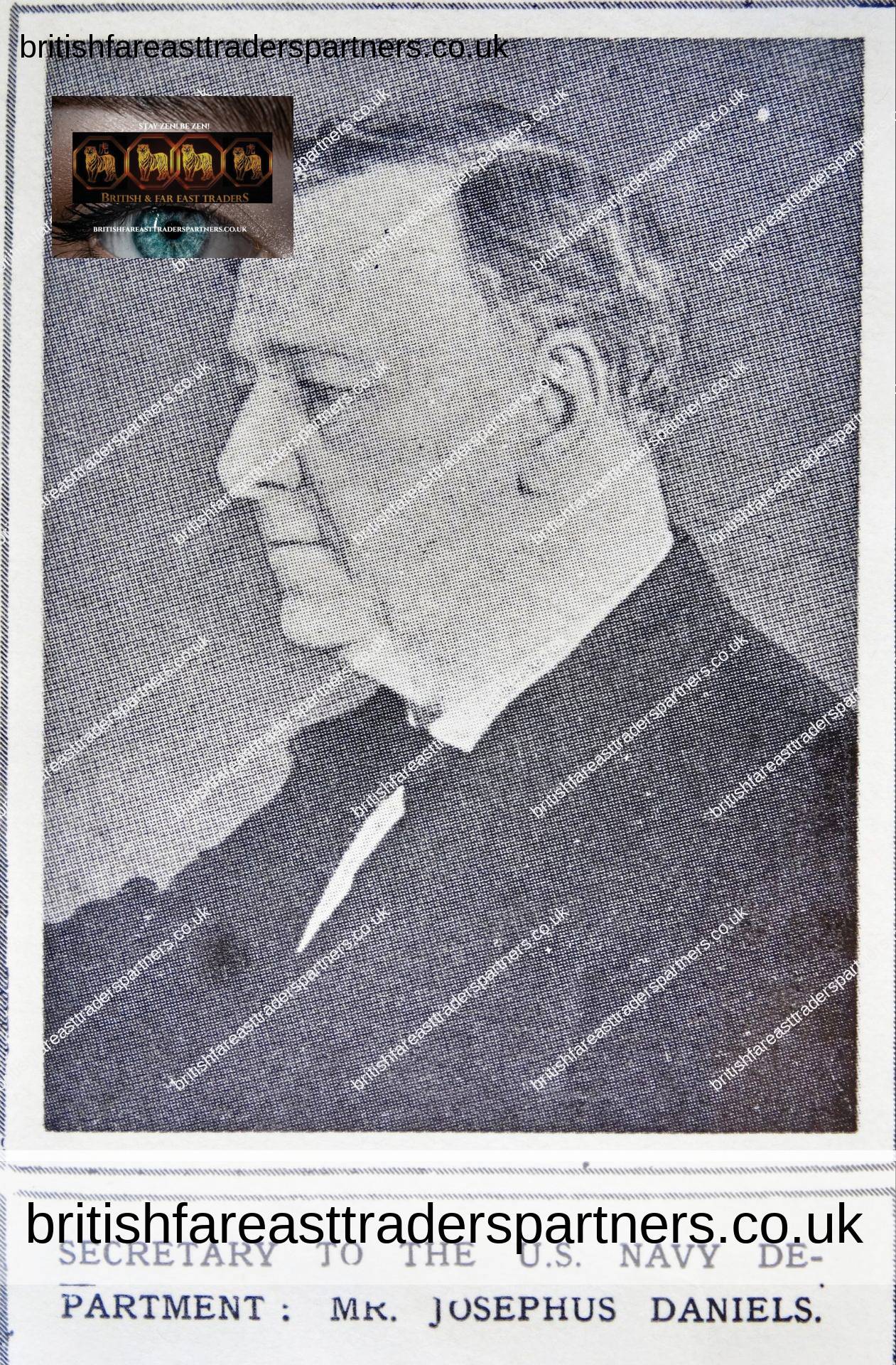 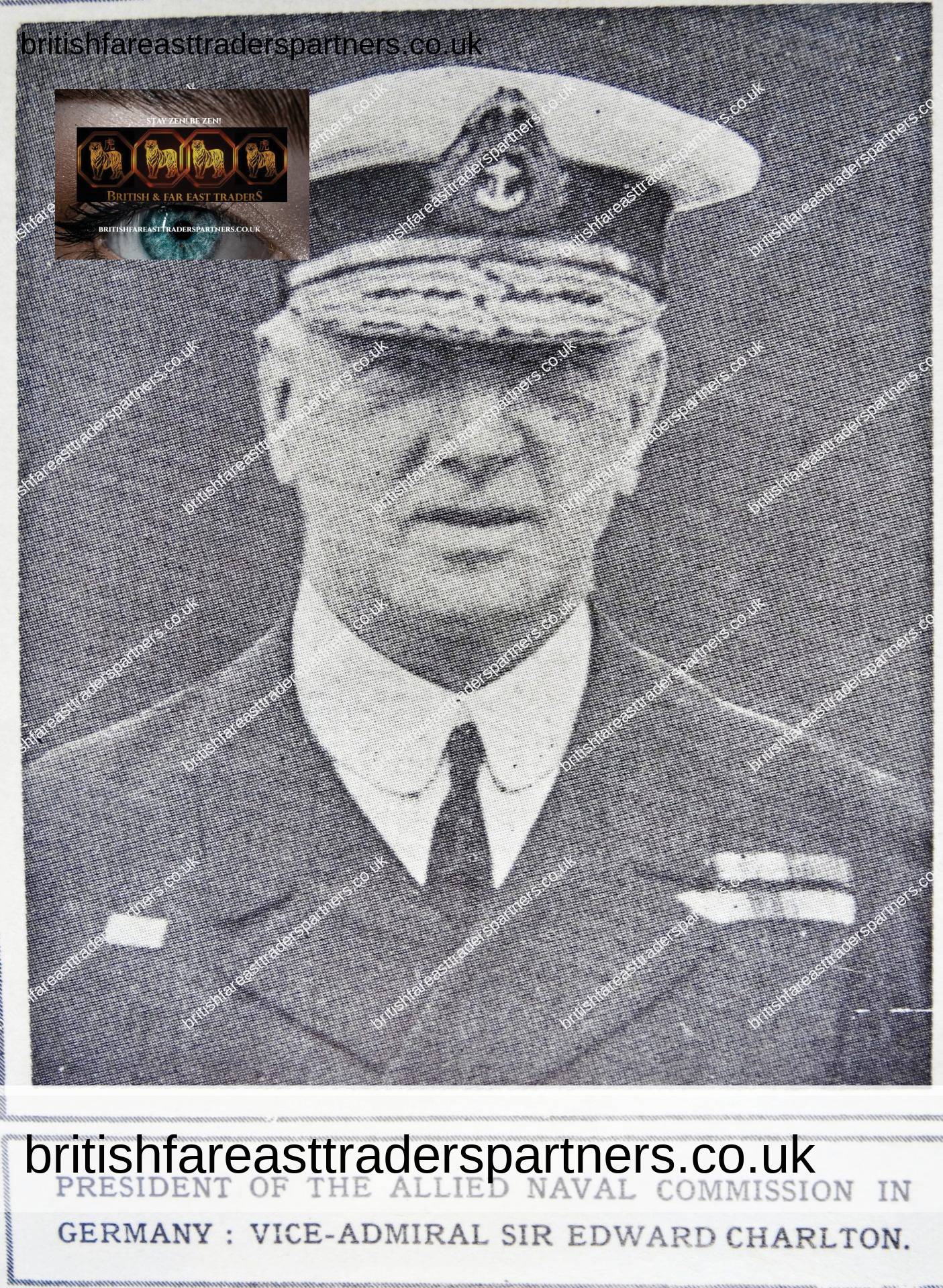 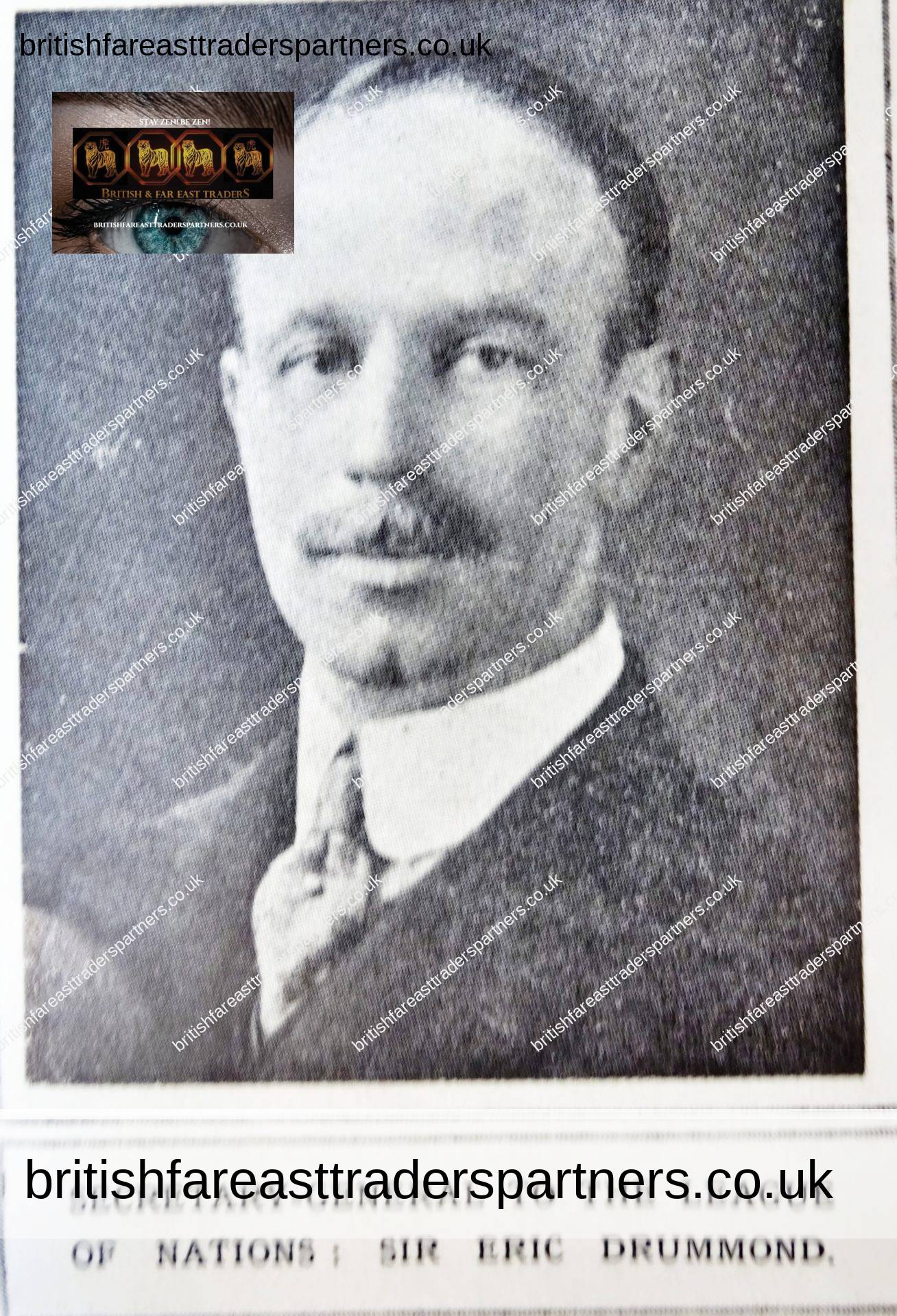