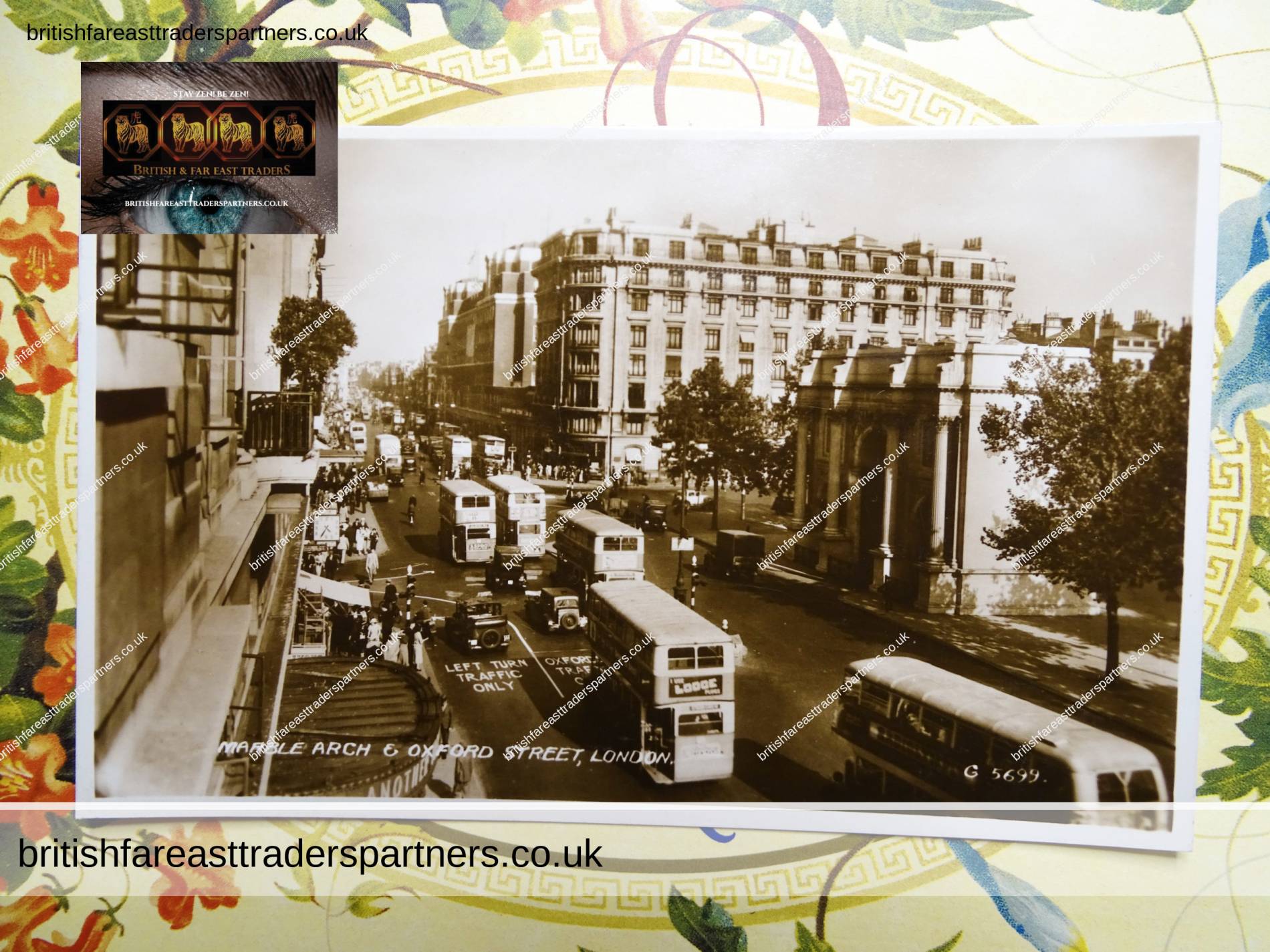 DETAILS:
Measurements: 14 cm X 8.8 cm
A Bustling Scene of OXFORD STREET
with MARBLE ARCH on the foreground.
BUILDINGS of possibly PORTLAND Stone and RED BRICKS
are common sights in LONDON.
The DOUBLE DECKER buses are ever-present.
MOTOR CARS are still in their Old Style.
The area on the Right Hand Corner is part of HYDE PARK.
The thoroughfare leading to the right hand corner
is PARK LANE, which in MODERN DAY times is
now lined with LUXURY CARS Showrooms and FIVE STAR Hotels.
This POSTCARD is evidence that LONDON
is Ever-Changing yet at the same time remains ETERNALLY  Old.
This makes LONDON a continuously FASCINATING City.
because it gives you a touch base to the PAST while living
in the Present Times.
BACK OF POSTCARD:
VALENTINE’S POST CARD
FAMOUS THROUGHOUT THE WORLD
THIS IS A REAL PHOTOGRAPH
PRINTED IN GREAT BRITAIN
MARBLE ARCH AND OXFORD STREET, LONDON
This stately pile,
reminiscent of the triumphal arches beloved of the Romans,
is situated at the northern entrance to Hyde Park and was
originally built for the front of
Buckingham Palace. 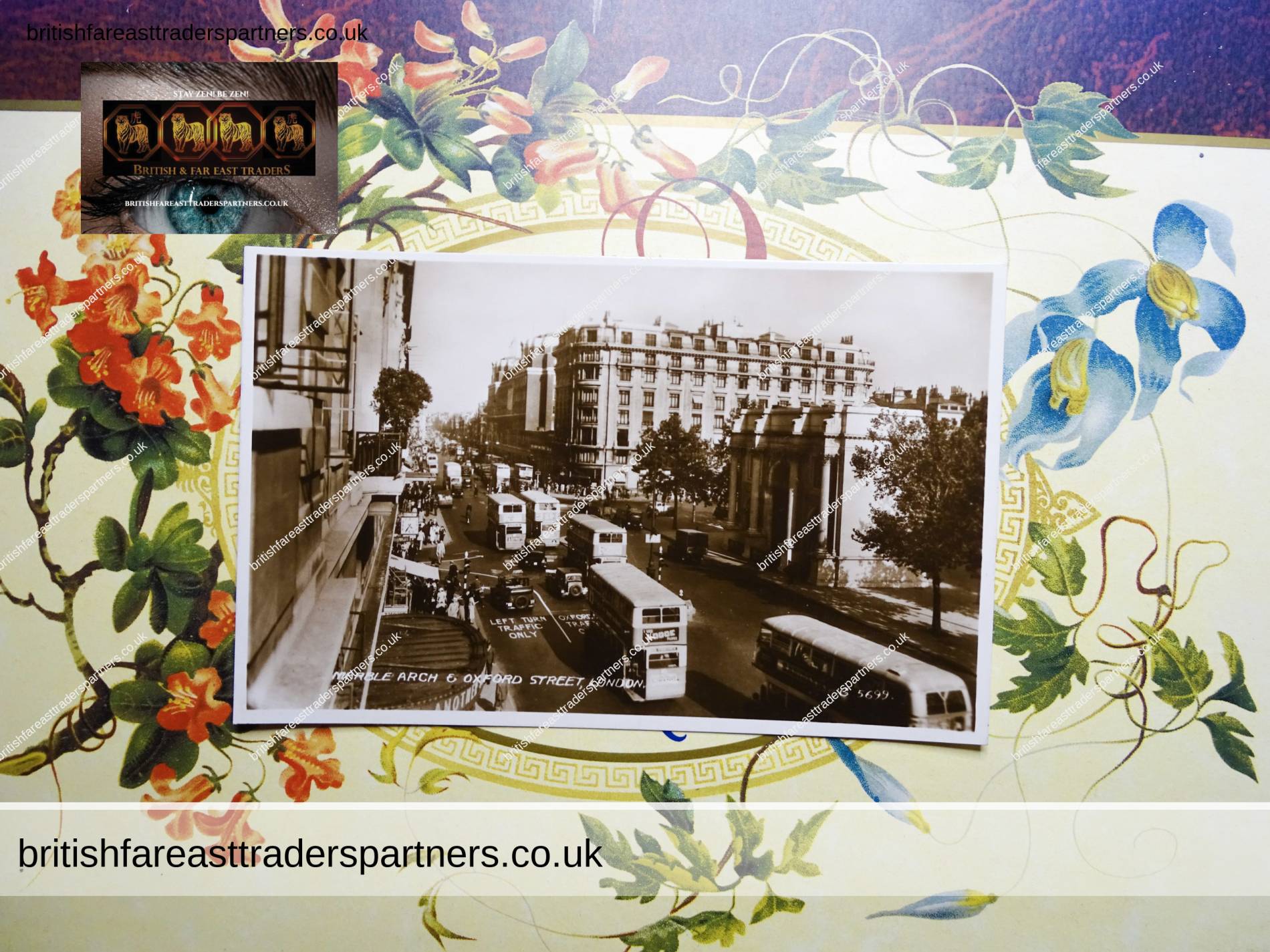 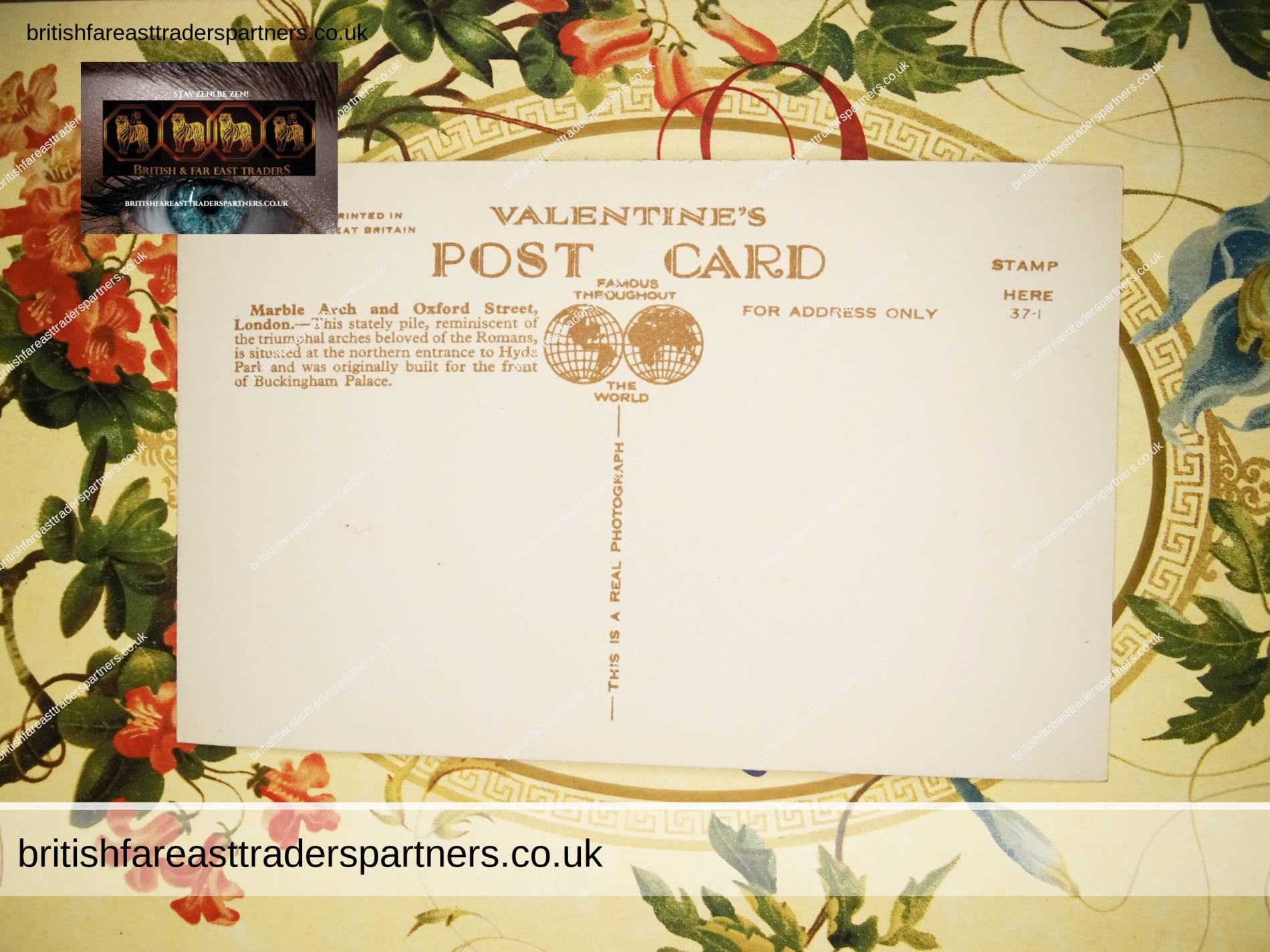