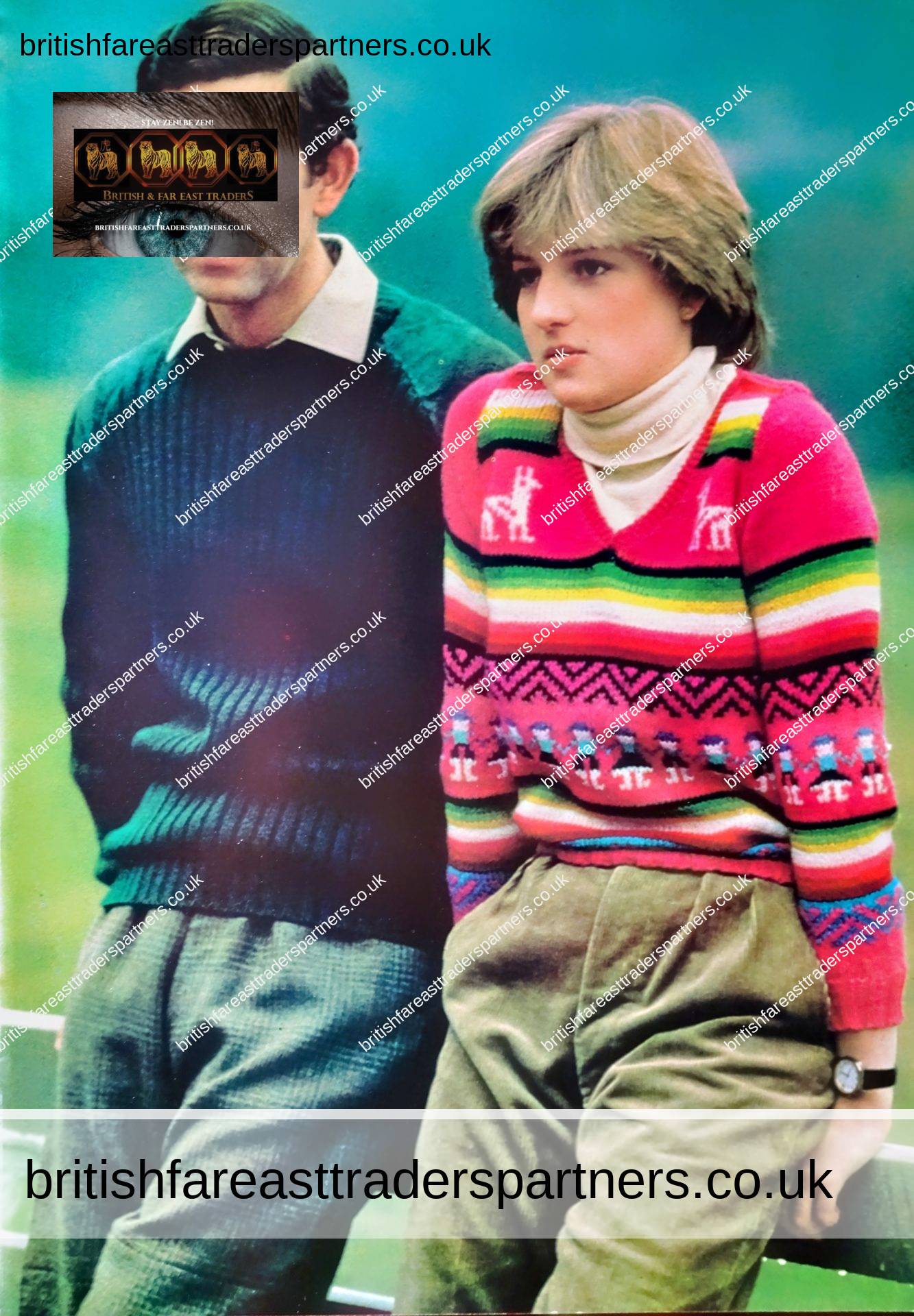 DETAILS:
MEASUREMENTS:
21 cm x 30 cm
The Cunard Magazine
THE PEOPLE’S WEDDING
The magnificent state ceremony for the wedding
of the Prince of Wales and the Lady Diana Spencer
took place at St. Paul’s Cathedral in London
on 29th July, 1981.
And the public loved every spectacular moment of it!
Cheering crowds lined the route from Buckingham Palace
to St. Paul’s Cathedral to watch the colourful array
of carriages and cars with mounted escorts of the Household Cavalry.
The procession wound its way along the Mall,
through Trafalgar Square, along the Strand and Fleet Street
and up Ludgate Hill before reaching St. Paul’s.
Although St. Paul’s had not traditionally been used
for Britain’s royal weddings which have usually taken place
at Westminster Abbey in the past,
it provided a magnificent setting for this ceremony
with almost 3,000 guests attending the wedding.
However, traditional royal precedent was followed
by the Prince of Wales in choosing his brothers
Prince Andrew and Prince Edward to be his ‘supporters’
instead of having a ‘best man’.
For example, when his great-great grandfather Albert Edward, Prince of Wales,
was married to Princess Alexandra of Denmark in 1863,
the bridegroom was supported by his brother-in-law,
the Crown Prince of Prussia,
and his uncle, Duke Ernest of Saxe-Coburg-Gotha.
Five bridesmaids and two pages attended Lady Diana.
The youngest was five year old Clementine Hambro
who was Lady Diana’s favourite pupil at the kindergarten
where she used to teach.
Clementine is a great-grand daughter of Sir Winston Churchill.
The eldest bridesmaid was 17 year old Lady Sarah Armstrong Jones,
daughter of the Princess Margaret and Lord Snowdon.
The other bridesmaids were India Hicks (14),
daughter of Mr David and Lady Pamela Hicks
and grand-daughter of Lord Mountbatten,
Sarah Jane Gaselee (10) daughter of Mr Nick Gaselee,
who trains the Prince of Wales’s racehorse, Good Prospect,
and Catherine Cameron (6),
daughter of Lady Cecil Cameron and Mr Donald Cameron of Lochiel
— friends of the Prince of Wales.
The two pages were Lord Nicholas Windsor (11),
the youngest son of the Duke and Duchess of Kent,
and Edward van Cutsem (8),
the son of Mr and Mrs Edward van Cutsem —
friends of the Prince of Wales.
The ceremony was conducted by The Archbishop of Canterbury,
Dr Robert Runcie
and the Dean of St Paul’s, the Very Reverend Alan Webster. 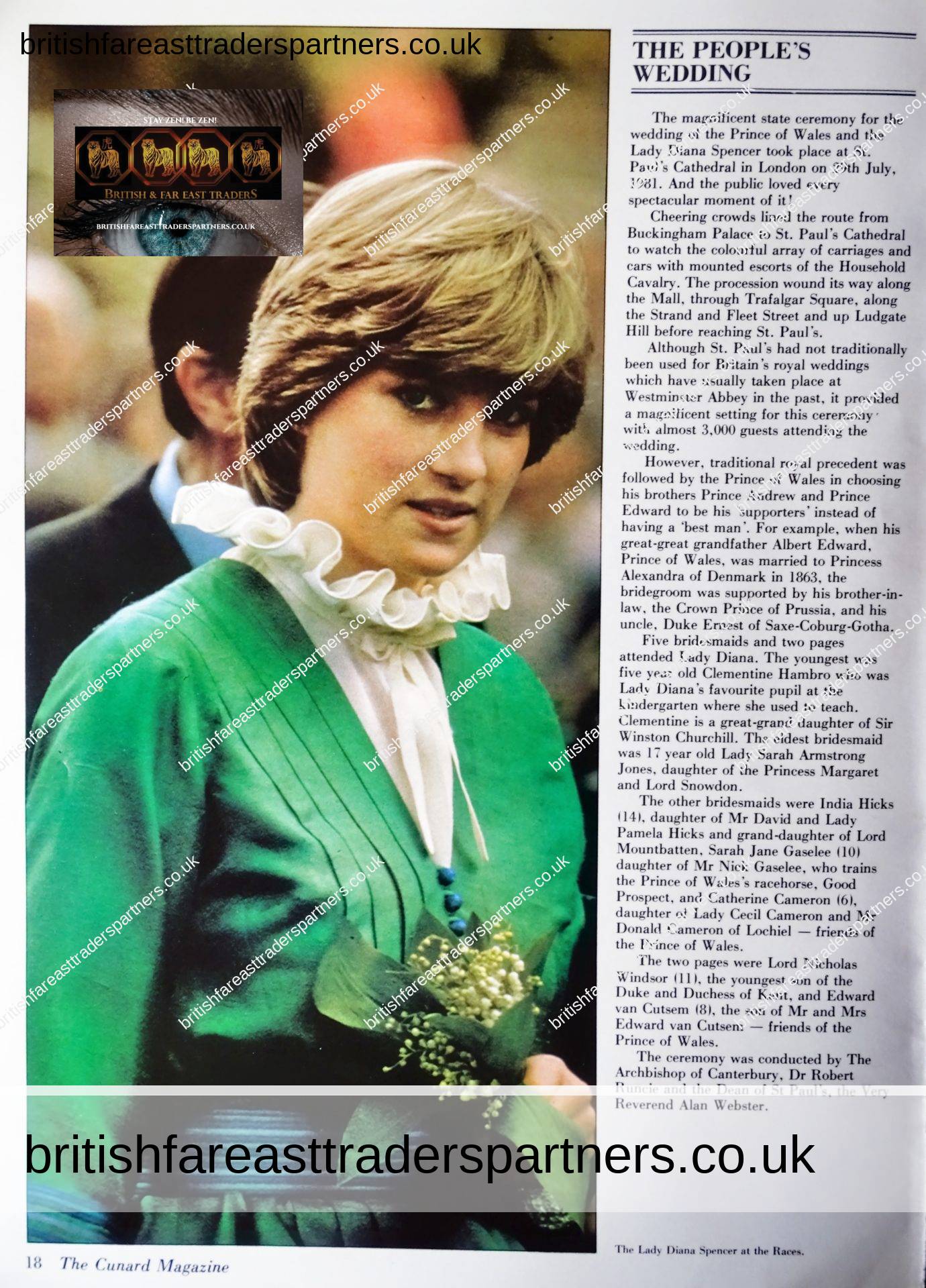