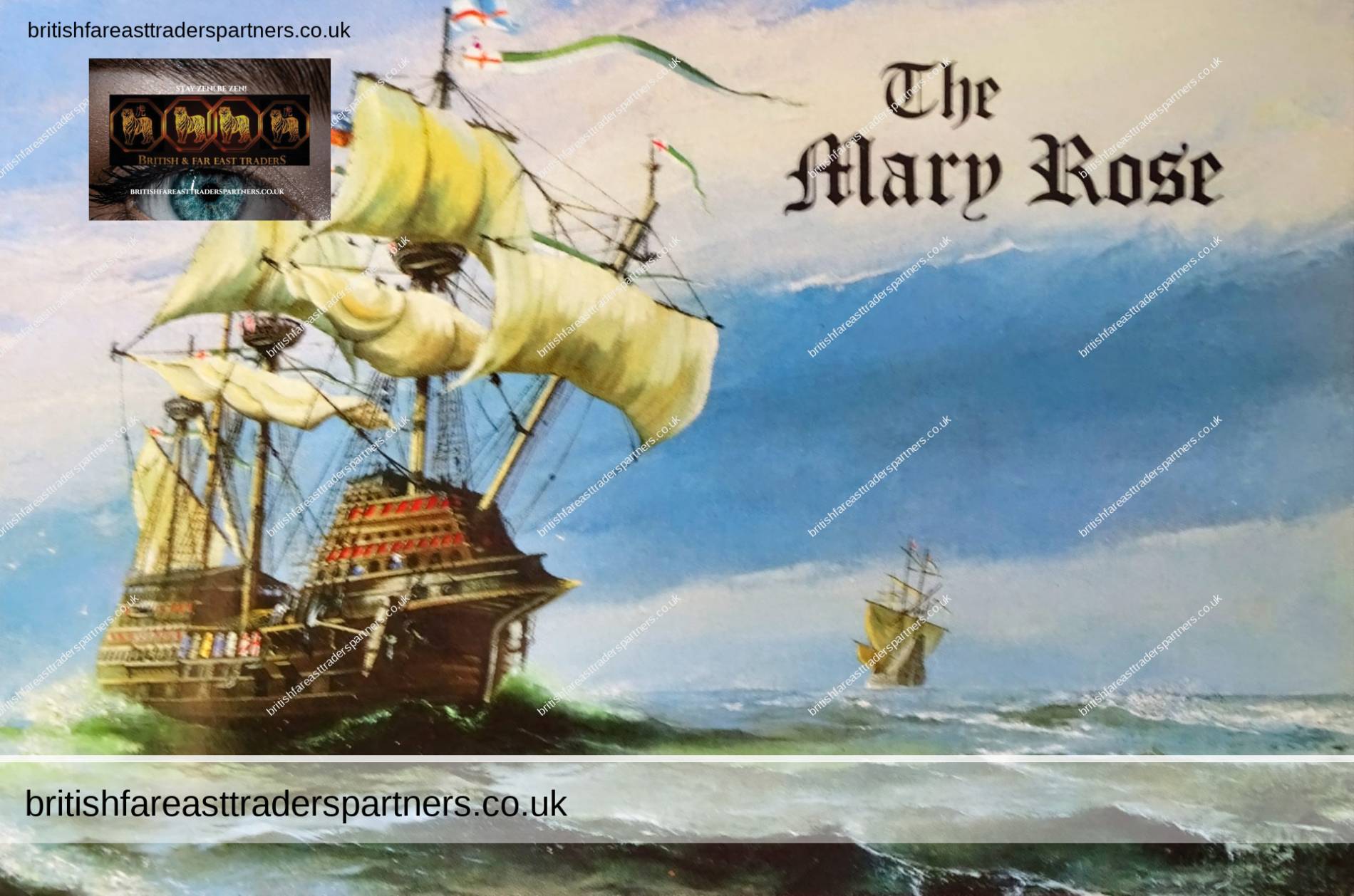 DETAILS:
MEASUREMENTS:
5 7/8 inches x 3 7/8 inches
Launched in 1511 during the reign of King Henry VIII
the ‘Mary Rose’ was named after the King’s younger sister.
As flagship of the Lord Admiral
she played an important role in the 1512 to 1514 war
with the French and was set to do so again
when the conflict renewed in 1545.
In the same year however,
disaster struck and she sank in mysterious circumstances
off Portsmouth.
The remains of this important ship were raised in 1982
and are now preserved in a special dock in Portsmouth.
Salmon Ltd.
Sevenoaks, Kent
AVAILABLE HERE 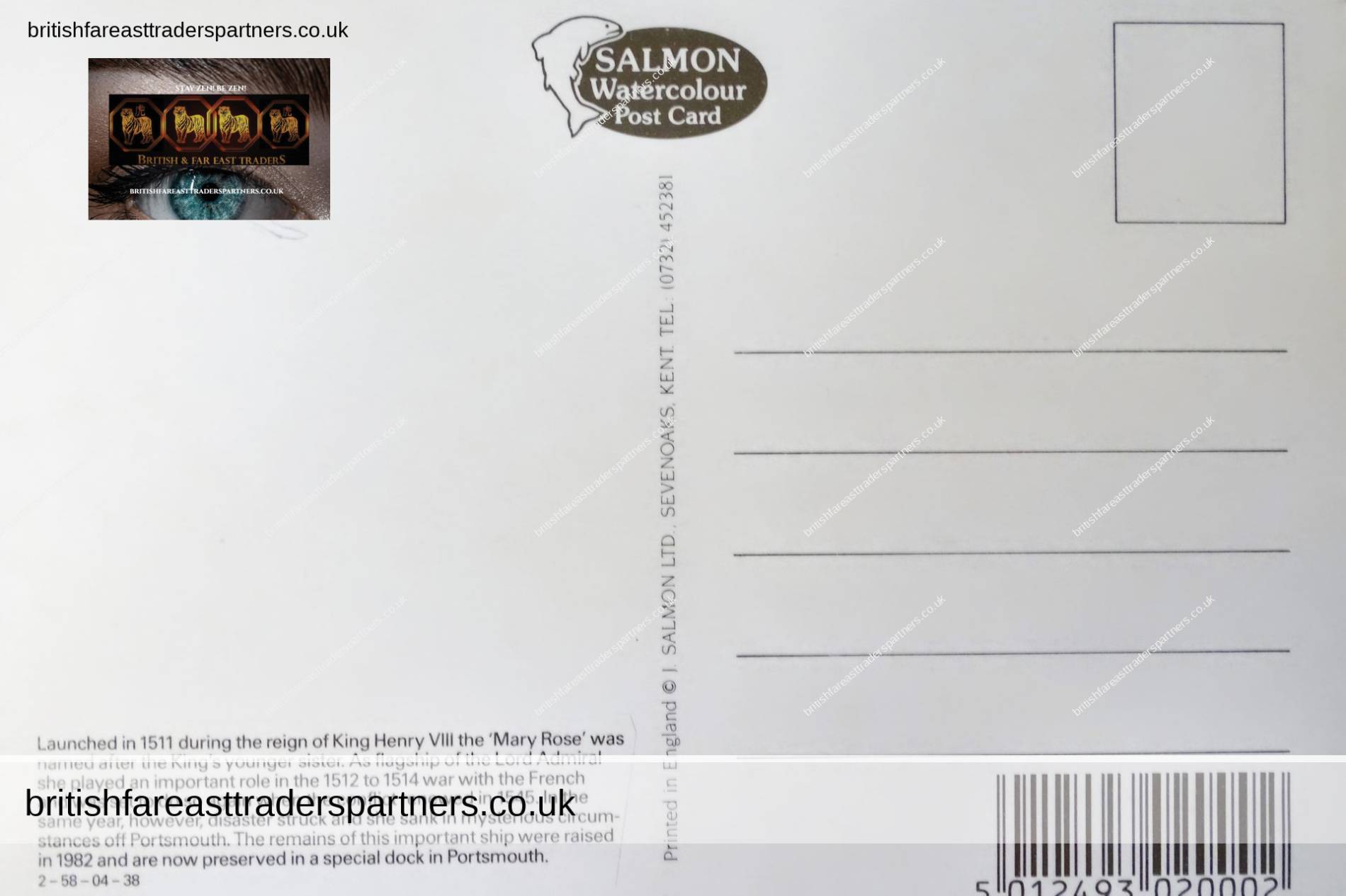