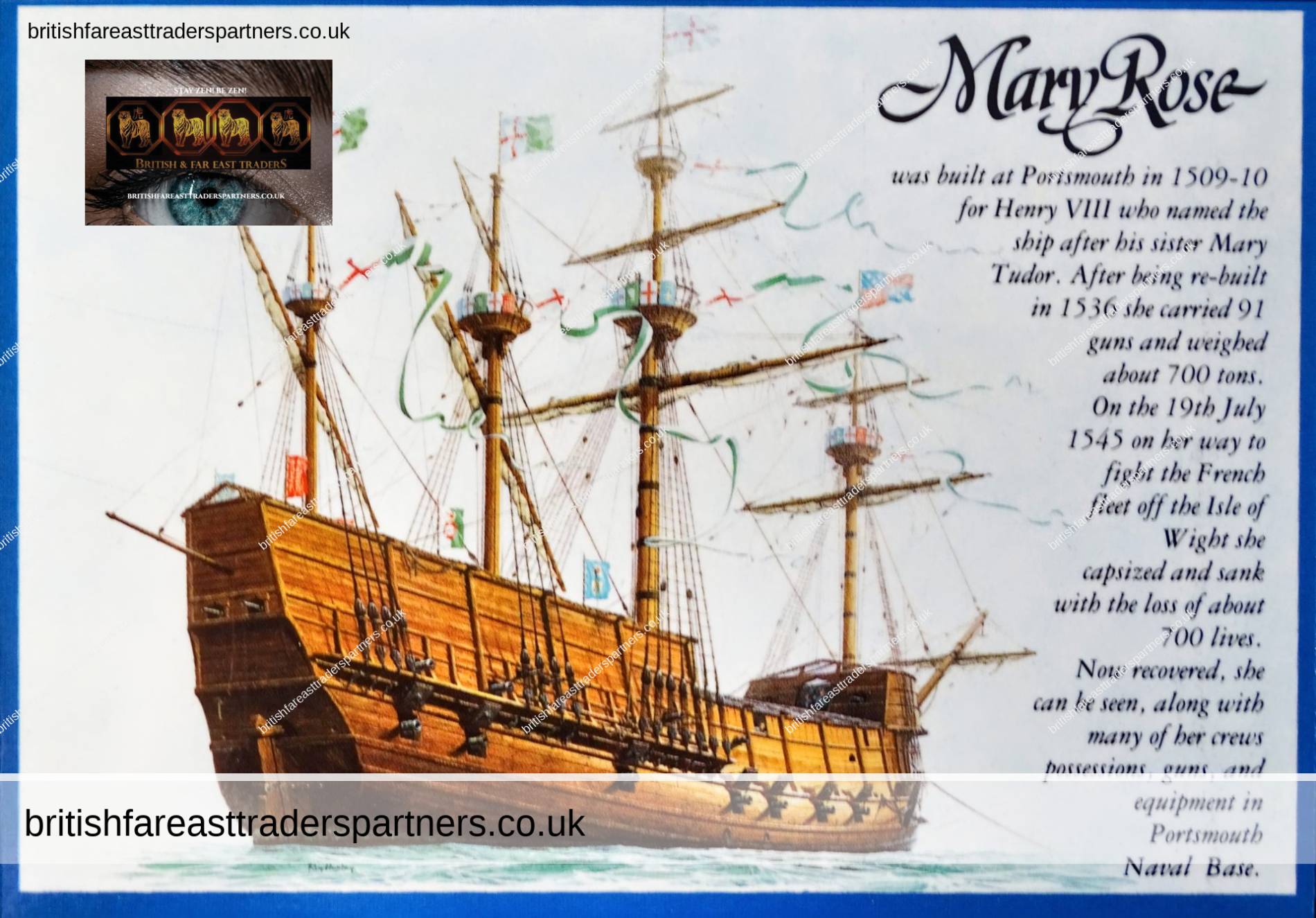 DETAILS:
MEASUREMENTS:
5 5/8 inches x 3 7/8 inches
MARY ROSE
was built at Portsmouth in 1509-10
for Henry VIII who named the ship after his sister Mary Tudor.
After being re-built in 1536
she carried 91 guns
and weighed about 700 tons.
n the 19th July 1545
on her way to fight the French fleet off the Isle of Wight
she capsized and sank
with the loss of about 700 lives.
Now recovered,
she can be seen, along with many of her crews possessions,
guns, and equipment in Portsmouth Naval Base.
——————————–
The Mary Rose in her heyday,
by artist Roy Huxley.
His study is the first to benefit from the substantial
information from the ship herself.
This painting comes closer to being an authentic glimpse
of one of the world’s first warships
than any other, so far.
Mary Rose Trading Co.
Printed in England
by the Sovereign Printing Group
Sidmouth, Devon
AVAILABLE HERE 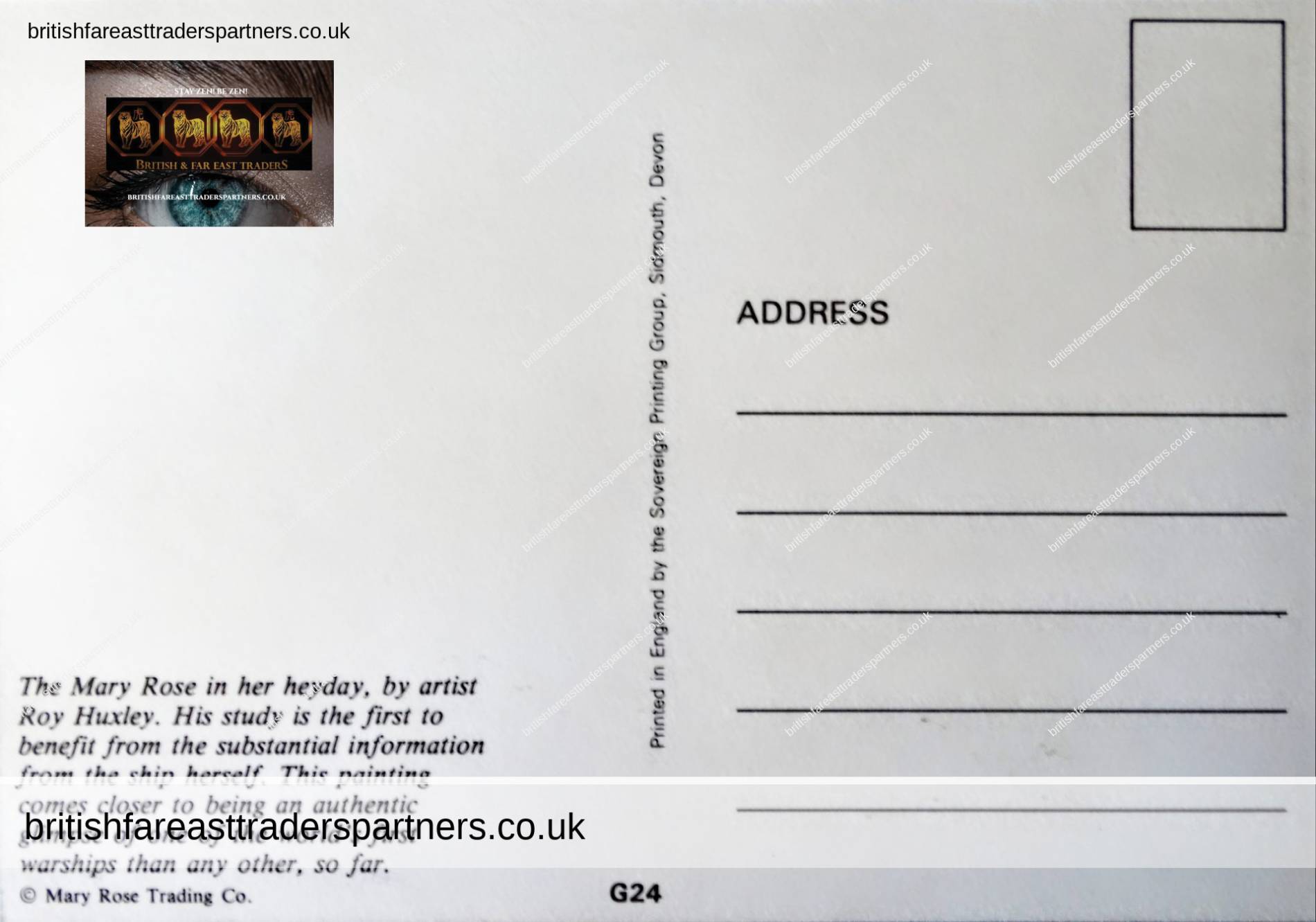