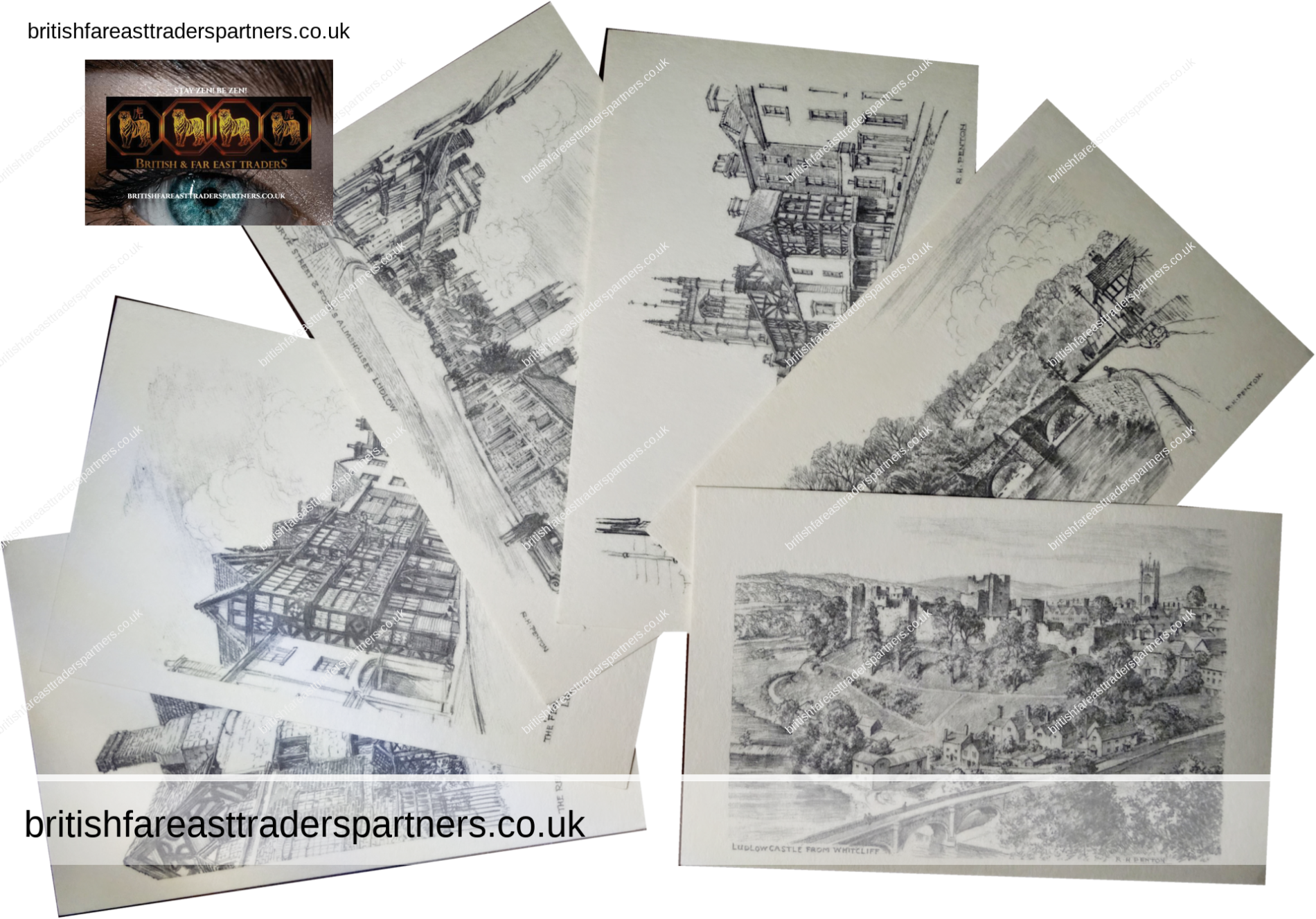 DETAILS:
MEASUREMENTS:
5 1/2 inches x 3 1/2 inches
LOT OF 6 POSTCARDS
1. LUDFORD BRIDGE, LUDLOW
2. LUDLOW CASTLE FROM WHITCLIFF
3. BROAD STREET, LUDLOW
4. THE READER’S HOUSE, LUDLOW
6. THE ‘FEATHERS’ HOTEL LUDLOW
7. CORVE STREET & FOXE’S ALMSHOUSE LUDLOW
BACKGROUND
Richard Howard Penton
(known professionally as Howard Penton) (1882–1960)
was an English marine and landscape painter.
He exhibited at the Royal Academy of Arts,
the Royal Watercolour Society
and the Royal Society of Marine Artists.
Richard Penton was born in 1882, an only child,
in Barrow-in-Furness,
where his father, Richard Rich Penton,
worked for the local Furness Railway Company
as a draughtsman and Assistant to the Carriage Superintendent
and taught art at the local Art school in Dalton.
He was a competent artist from and early age
with a fascination for marine subjects.
In 1900 he sketched the very discreet launch of the “Mikasa”,
the Japanese flagship built by Vickers in Barrow,
and had his drawing published in the London Daily Graphic.
As a result of this coup,
he was invited to move to London and did so in 1902.
He started his career with commissions for pencil illustrations
for several publications such as Picturesque Westminster,
Westminster Abbey and Parish Churches,
The County of London and The Bridges of London.
His drawings in Halls of the Livery Companies
of the City of London were re-published in 1981
by the Worshipful Company of Chartered Surveyors
to mark their grant of livery status.[1]
Richard Penton served in WW1 in the Sherwood Foresters,
surviving the war, and emerging as a Lieutenant (Brevet Captain) in 1919.
During that time he continued to draw and paint in France.
He went on to become a noted marine and landscape painter,
a founder member of the Langham Sketching Club
and the Wapping Group of Artists.[2]
The London Metropolitan Archives
owns the Penton Collection,
comprising 130 pencil drawings.[3]
SOURCE: WIKIPEDIA
Text is available under the Creative Commons Attribution-ShareAlike License;
additional terms may apply.
AVAILABLE HERE 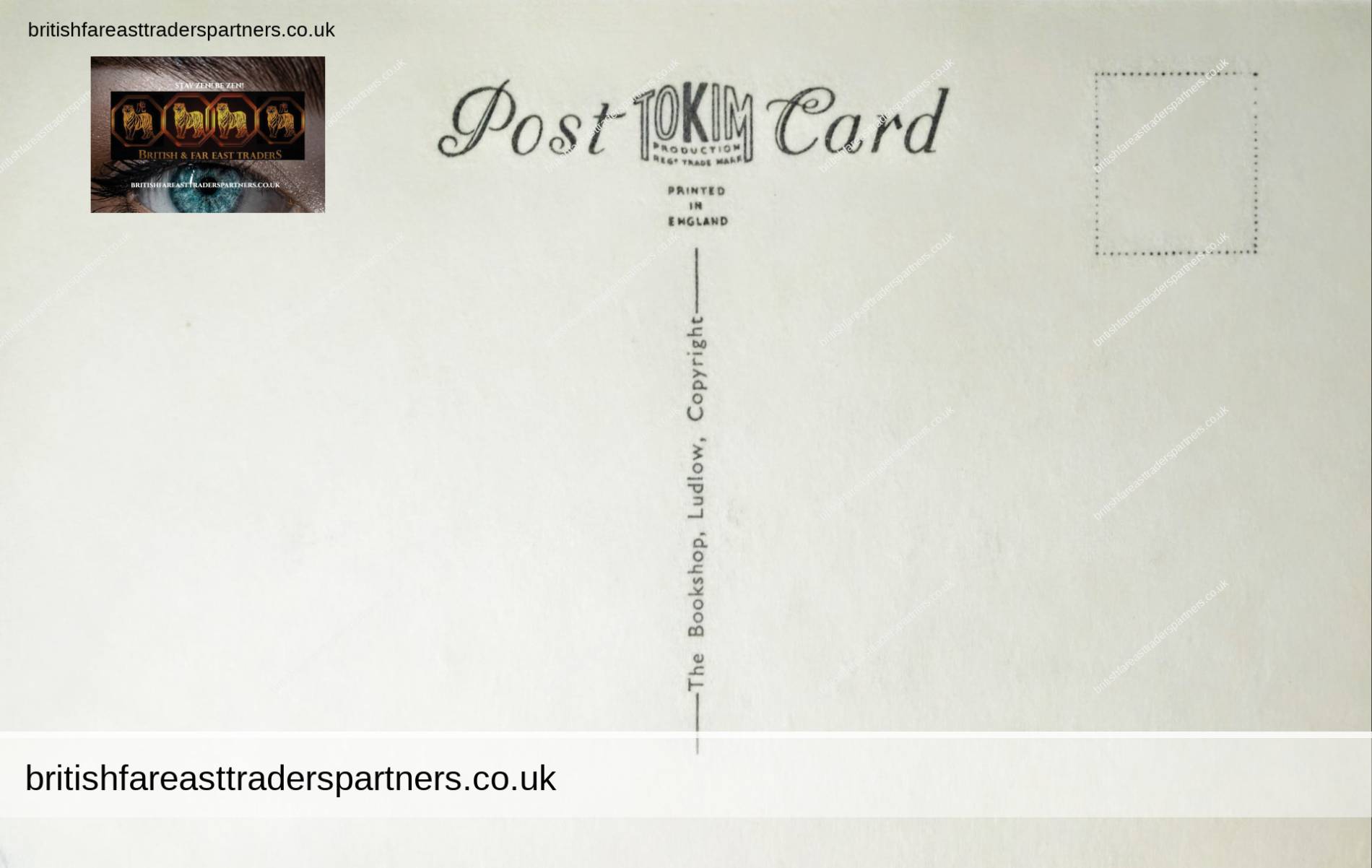