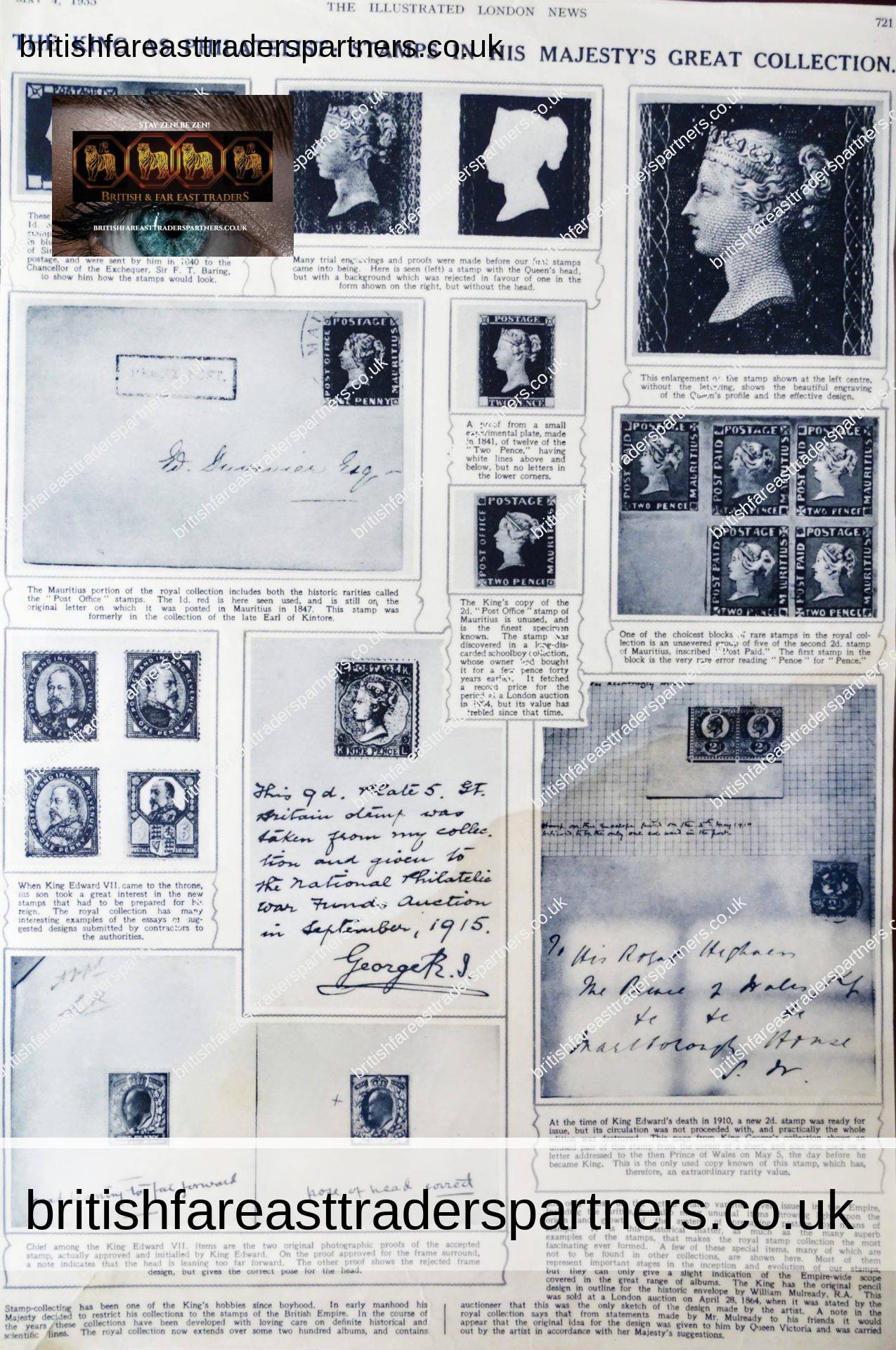 THE KING AS PHILATELIST:

STAMPS IN HIS MAJESTY’S GREAT COLLECTION

THE KING AS PHILATELIST:

STAMPS IN HIS MAJESTY’S GREAT COLLECTION

Stamp-collecting has been one of the King’s hobbies since boyhood.

In early manhood His Majesty

decided to restrict his collections to the stamps

Of the British Empire.

In the course of the years,

these collections have been developed

with loving care on indefinite historical and scientific lines.

over some two hundred albums,

and contains not only most of the actual stamp varieties

ever issued in the Empire,

but also many unusual items,

throwing light upon the origin and growth

of the system of prepaying postage

by means of stamps.

It is this historical matter,

as much as the many superb examples of the stamps,

that makes the royal stamp collection

the most fascinating ever formed.

A few of these special items,

many of which are not to be found in other collections,

Most of them represent important stages

in the inception and evolution of our stamps,

but they can only give a slight indication

of the Empire-wide scope

covered in the great range of albums.

The King has the original pencil design

in the outline for the historic envelope

when it was stated by the auctioneer

that this was the only sketch of the design made by the artist.

A note in the royal collection says

that from statements made by Mr. Mulready to his friends,

it would appear that the original idea for the design

was given to him by Queen Victoria

and was carried out by the artist

in accordance with her Majesty’s suggestions.