The Most Eminent Order of the Indian Empire,

instituted by Queen Victoria in 1877,

to commemorate the assumption of the title of Empress of India,

and enlarged on several occasions since,

is for award to those persons who by their services,

official or other, have merited the Royal favour.

The Order is awarded for service in India,

or in connection with the Indian Empire.

It is divided into three classes.

The highest class has been conferred upon many of the Ruling Chiefs.

Military and naval officers have also been granted the Order for war services, &c. for award for distinguished service in war.

It is granted to captains and commissioned officers of a lower grade,

Many officers in the (late) R. F. C. also received it.

The Cross is only awarded after

recommendation by the Secretary of State for War.

It is worn after British Orders and before War Medals.

Recipients may append the initials M.C. to their names,

but the possession of the Cross does not entitle the holder

to any individual preference. 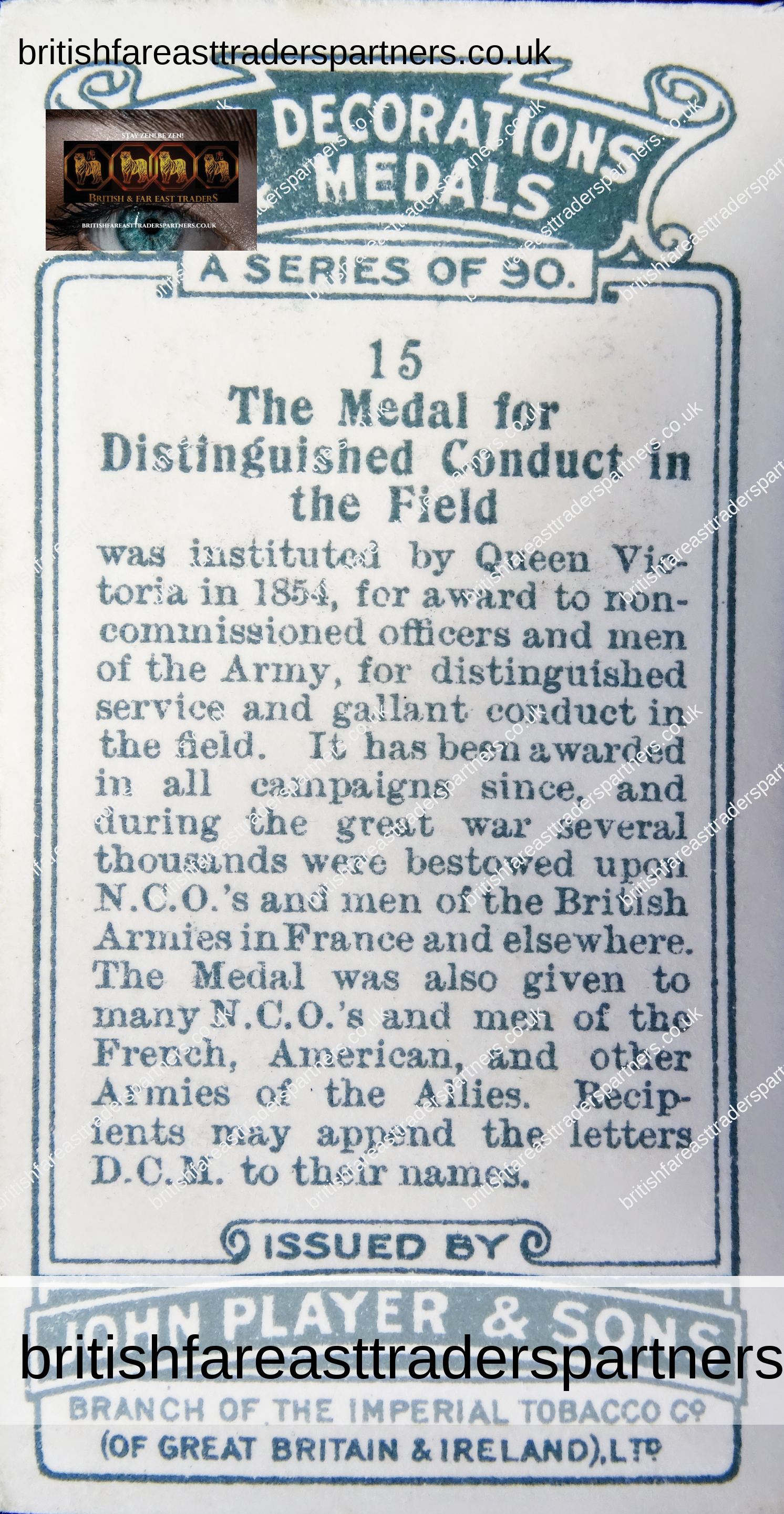 The Medal for Distinguished Conduct in the Field

was instituted by Queen Victoria in 1854,

for award to non-commissioned officers and men of the Army,

for distinguished service and gallant conduct in the field.

It has been awarded in all campaigns since,

and during the great war several thousands were bestowed upon

N.C.O.’s and men of the British Armies in France and elsewhere.

The Medal was also given to many N.C.O.’s

and men of the French, American, and other Armies of the Allies.

Recipients may append the letters D.C.M. to their names. for award to non-commissioned officers

and men in the Royal Air Force and

in Air Forces of Self-Governing Dominions beyond the Seas.

It is granted to such as shall have been recommended

for an act or acts of valour, courage, or devotion

to duty performed whilst flying,

though riot in active operations against the enemy,

and may also be granted to individuals

not belonging to the Royal Air Force

who render distinguished service to aviation in actual flying.

Bars are awarded for further services. The Victory Medal was approved by H.M the King in 1919,

for award to all those who had served

on the establishment of a unit in any of the theatres of war.

It was granted to all officers and

and dominion and Colonial Naval Forces ;

and men of the British, Dominion, Colonial, and Indian Forces ; 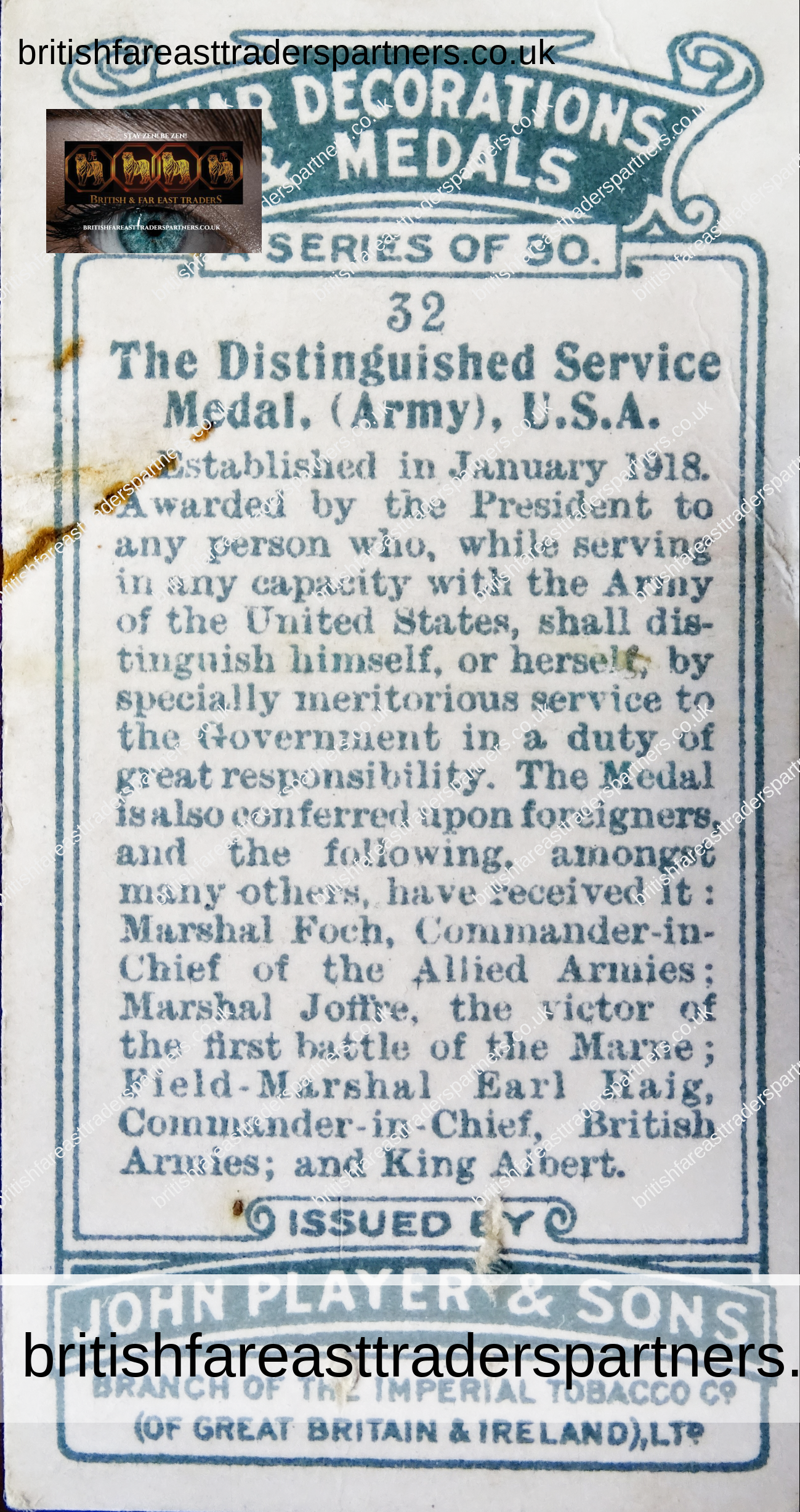 Awarded by the President to any person who,

while serving in any capacity with the Army of the United States,

shall distinguish himself, or herself,

by specially meritorious service to the Government in a duty of great responsibility.

The Medal is also conferred upon foreigners,

and the following, amongst many others, have received it :

Marshal Joffre, the victor of the first battle of the Marne ; 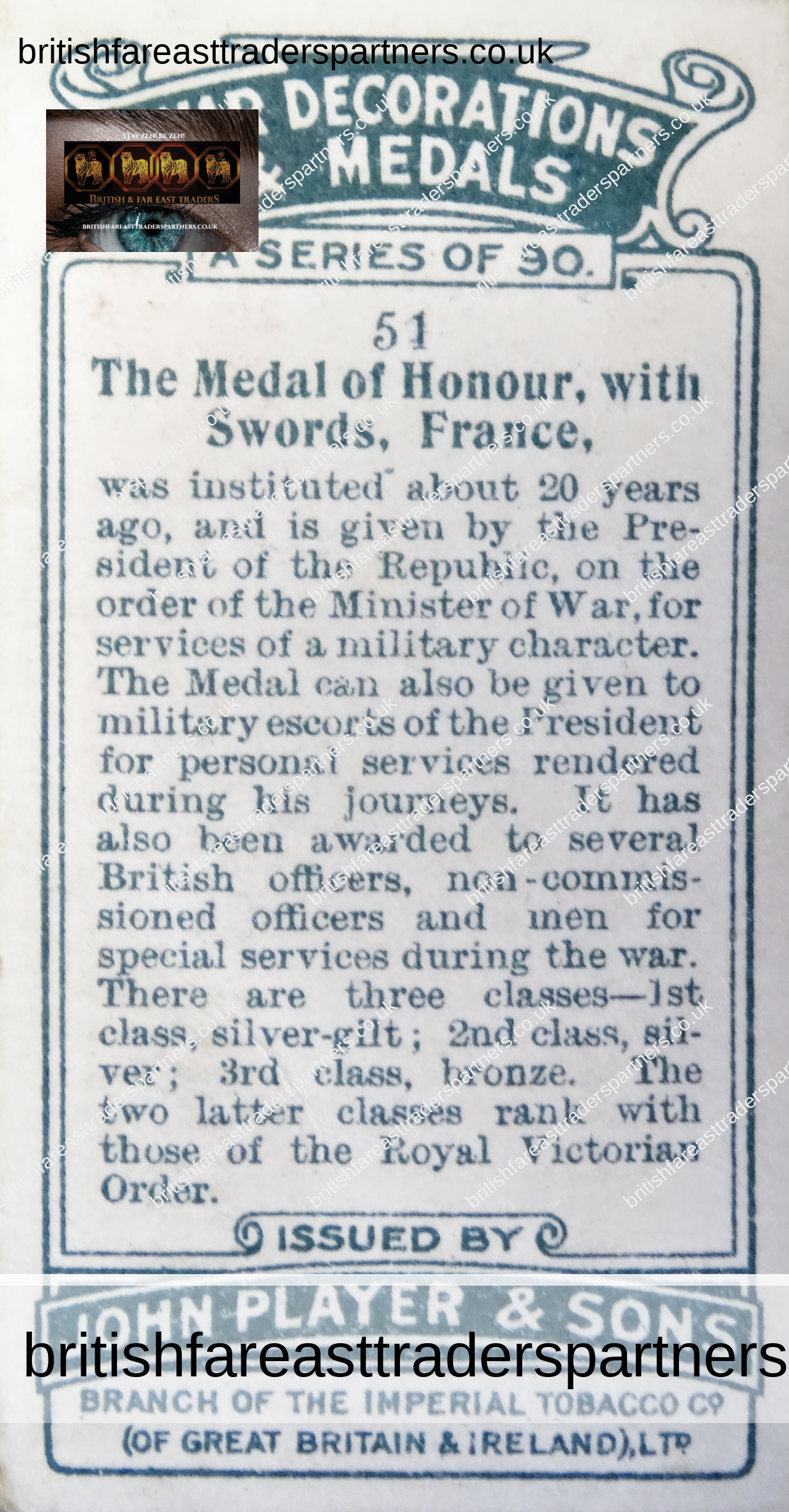