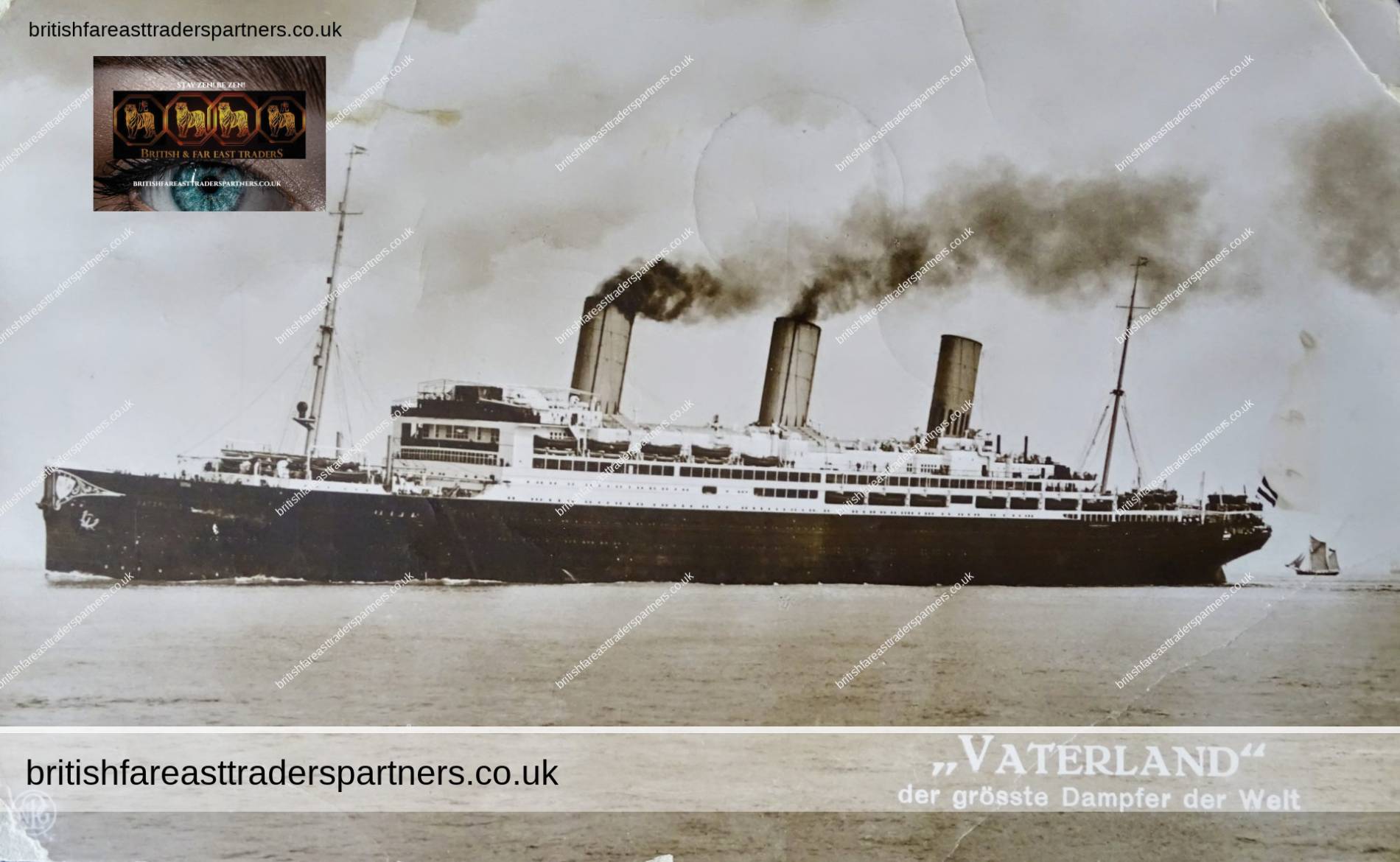 ANTIQUE 1916 SS VATERLAND POSTCARD
STEAM SHIP
FOR NORTH ATLANTIC SERVICE
Collectables > Transportation Collectables >
Nautical > Ocean Liners/ Cruise Ships > Other Ocean Liners
ANTIQUES | LIFESTYLE | HERITAGE | HISTORY
DETAILS:
MEASUREMENTS:
5 3/8 inches x 3 3/8 inches
STAMPED & POSTMARKED
HOBOKEN, NEW JERSEY
January 3, 1916 2:30 PM
BACKGROUND
The Vaterland (meaning “Fatherland” in German),
was a incomplete ocean liner ordered by the Hamburg-Amerika Line
for North Atlantic service.
She was to be the second vessel to have the name.
She had a length of 824-foot (251 m) and measured 41,000 gross tons.
She was launched in 1940,
but she was laid up incomplete at Kuhwerder Hamburg.
She was heavily damaged by Allied bombers on 25 July 1943.
In 1945, it was decided that she was too damaged
to be completed and her wreck was scrapped by 1948.[1][2]
Source: Wikipedia
Text is available under the Creative Commons Attribution-ShareAlike License;
additional terms may apply.
AVAILABLE HERE 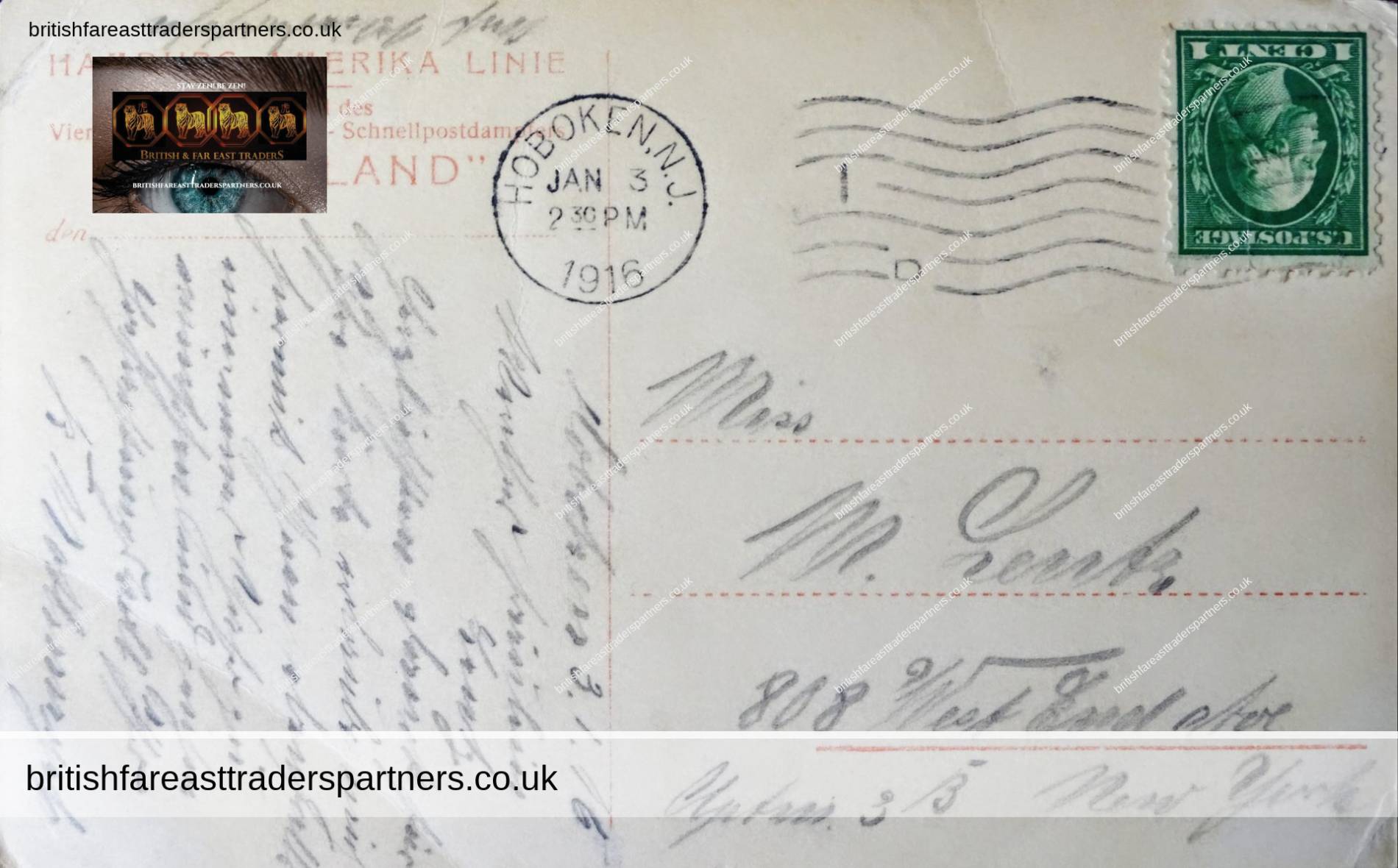